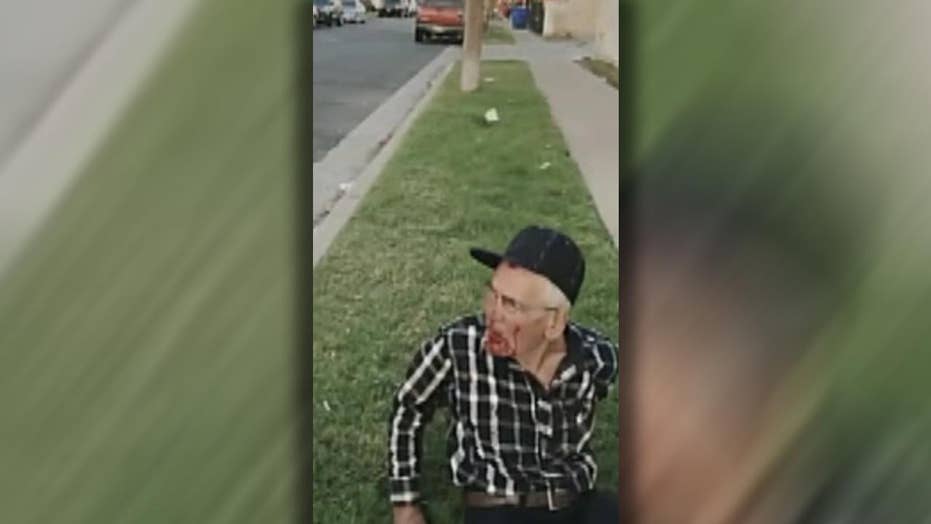 A California woman entered a no-contest plea on Thursday after she was arrested over the summer over the assault of an elderly man with a brick, officials announced.

FLASHBACK: WOMAN ARRESTED IN BRUTAL BEATING OF GRANDFATHER WHO WAS TOLD TO ‘GO BACK TO YOUR COUNTRY,’ POLICE SAY

“On the evening of July 4, without provocation, Jones attacked the elderly man, who is now 92, with a brick,” the DA’s office said.

She was arrested roughly a week later in connection with the assault, police said at the time.

“Jones also admitted allegations of using a deadly and dangerous weapon, a brick, during the commission of the crime and that she inflicted great bodily injury upon the victim,” the DA’s office said Thursday.

A video that depicted Rodriguez with a bloodied face was captured by a witness.

The witness, Misbel Borjas, alleged that the phrase “Go back to your country” was shouted at Rodriguez, according to The Associated Press. But the case wasn’t prosecuted as a hate crime.

Jones' sentencing is scheduled for Feb. 28, and she faces 15 years in state prison, the DA’s office said.