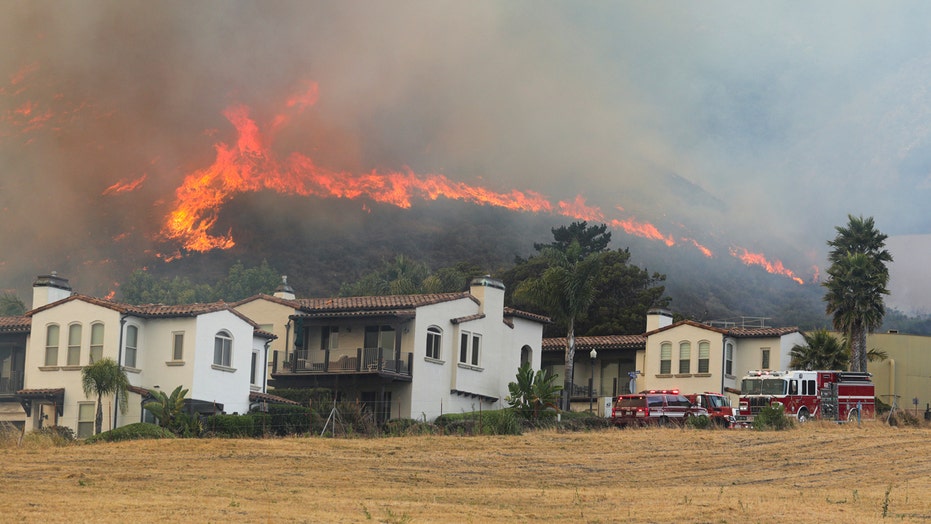 A wildfire on California's Central Coast quickly grew to several hundred acres on Monday, forcing the evacuation of residents in the area.

Cal Fire said as of Tuesday morning the Avila Fire burned about 400 acres north of Pismo Beach and was only 10 percent contained.

The blaze began as a vegetation fire at around 3 p.m. but then spread.

Firefighters reported the blaze was spreading at a rapid rate, and they were battling the fire with aircraft dropping fire retardant.

Teri Nelson, who was taking a nap in her room at the Spyglass Inn in Pismo Beach, told the San Luis Obispo Tribune she woke up to the smell of smoke and was told to evacuate.

“Now, they’re saying you can’t go,” Nelson told the paper. “(I left) everything, everything I used to spend the night. Everything.”

Videos from residents showed the flames raging near homes as hundreds were ordered to evacuate.

Highway 101 was closed for several hours as the wildfire raged, but lanes were reported open by late Monday night.

The San Luis Obispo County Sheriff’s Office said as of 9:30 p.m., evacuation orders were lifted for all areas except for four streets in the Pismo Beach city limits.

At a news conference Monday night, Cal Fire Battalion Chief Paul Lee said weather conditions were helping, but that crews would be working through the night into the morning to get the blaze under control.

“We will be out here for many days,” Lee said. “There’s still a lot of open line for us to try to control. And a lot of work and mop-up over the next week.”

No structures were damaged, but the flames did get close to some homes.

Cal Fire said the cause of the fire remains under investigation. Weather conditions are forecast to improve in the area.

Marcus Anguiano, with the California Department of Forestry and Fire Protection, works on hotspots along U.S. 101 after sunset June 15, in Pismo Beach, Calif. (David Middlecamp/The Tribune (of San Luis Obispo) via AP)

In other parts of the Southwest, however, a critical fire threat remained Tuesday, due to very dry, windy and hot weather.

The fire threat continues across the Southwest and into the Plains on Tuesday. (Fox News)

Red Flag warnings are up for parts of Nevada to the high plains in eastern Colorado and western Kansas.