A California defendant is expected to get life in prison without parole after pleading guilty Thursday to first-degree murder in the 2016 shooting death of a sheriff’s deputy.

Trenton Lovell, 31, of Lancaster, will be formally sentenced May 17, according to The Associated Press.

Los Angeles County Sheriff’s Department Sgt. Steve Owen, a 29-year veteran, died after being struck by five bullets --- one to the head and others to his face and chest, according to court documents, the Los Angeles Times reported.

Owen had responded to a call about a break-in when he encountered Lovell, the newspaper reported.

Another sheriff’s officer, Deputy Zachary Anderson, said in court that he saw Lovell standing over Owen’s body when he arrived at the scene.

Lovell pointed a gun at him and Anderson fired at the suspect, the Times reported. Lovell then climbed into Owen’s patrol car and slammed into Anderson’s patrol car.

Lovell then exited the vehicle and ran to a nearby home, where he held a 19-year-old woman and her 17-year-old brother at gunpoint for about an hour before fleeing, the AP reported.

One of the hostages had faked a panic attack and called their mother, who relayed information to deputies about where Lovell could be found, the Times reported.

The suspect was apprehended soon after and was treated for a gunshot wound to a shoulder, the report said.

"Today, the parolee who senselessly executed Sergeant Steve Owen & attempted to murder Deputy Zachary Anderson pled guilty, resulting in an agreed upon sentence of life in prison without the possibility of parole," the sheriff wrote.

The office of Los Angeles County District Attorney George Gascon, who has faced criticism for not being tough enough on criminals, declined to seek the death penalty for Lovell, the AP reported. 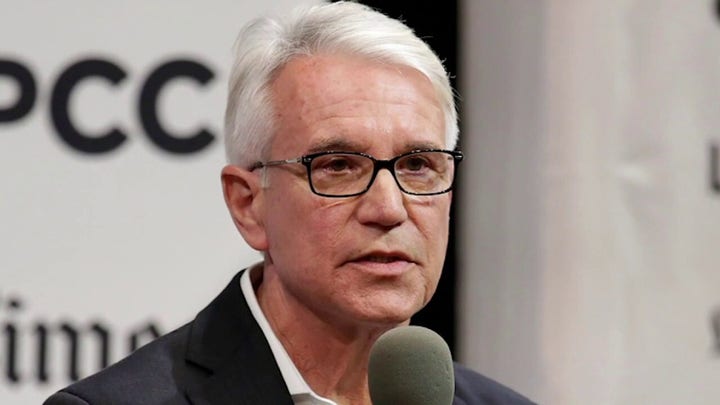 Since taking office in December, Gascon has sought to end the practice of sentencing enhancements that can deny parole to a convicted criminal but a judge ruled in February that Gascon could not alter Lovell’s case, unless under specific conditions – such as a change in evidence -- because the case was filed before Gascon took office, the Times reported.

"My husband for 29 years fought for victims’ rights to the point where he actually laid down his life for victims," Tania Owen said earlier this year. "I can tell you that no victim I ever encountered has ever said, ‘We don’t want these individuals held accountable and responsible to the full extent of the law.’"