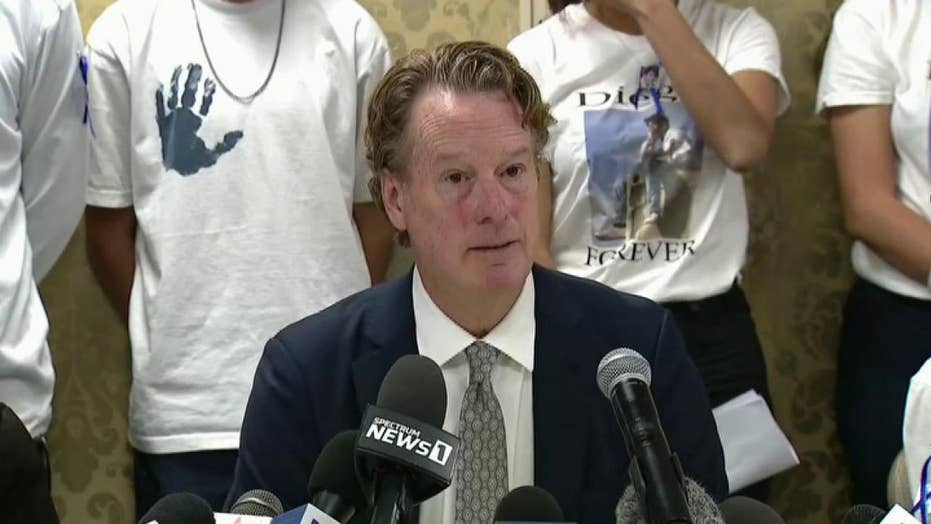 A 13-year-old boy who died last month after he was&nbsp;sucker-punched by classmates had complained of bullying days before the alleged assault, a lawyer representing his family said on Tuesday.

A 13-year-old boy who died last month after he was sucker-punched by classmates had complained of bullying to an administrator at his Southern California middle school days before the alleged assault, a lawyer representing his family said on Tuesday.

Dave Ring said he had filed a wrongful death claim against the Moreno Valley Unified School District on behalf of the family of Diego Stolz. The claim serves as a precursor to a wrongful death lawsuit.

The filing alleges that Stolz died as a result of being bullied and asserts that the district "failed to take bullying complaints by Diego's family seriously and failed to enforce anti-bullying policies to protect its students." The filing also claims that the school district "has a long history of student altercations on its campuses."

Ring told reporters that three days before the Sept. 16 attack that cost Stolz his life, the boy's adult sister met with Landmark Middle School’s assistant principal to discuss the bullying he was undergoing.

The administrator allegedly assured Stolz that the bullies would be suspended starting Monday, Sept. 16. However, the boy's alleged tormenters showed up to school that day. Hours later, two boys allegedly sucker-punched Stolz. Video of the attack shared on social media showed Stolz's head hit a concrete pillar as he fell to the ground. The first teen then reportedly punched Stolz a third time before running away.

Ring said the school “knew that Diego was targeted to be beat up” and was told by a teacher, Stolz’s adult sister and Stolz himself days before he was attacked “and they allowed this to happen.”

The family of Diego Stolz is joined by attorney Dave Ring to announce their wrongful death claim against the Moreno Valley Unified School District. (FOX 11)

“That’s what’s unbelievably devastating to this family, that this could have been prevented,” Ring said.

According to the attorney, “Diego was physically accosted by these bullies” on the Thursday before the attack and had been bullied the entire year before as well. Ring said Stolz's family had complained several times to the administration “and nothing was done.”

The sheriff’s department announced in September that Stolz’s family had donated his organs “to transform this tragedy into the gift of life for other children."