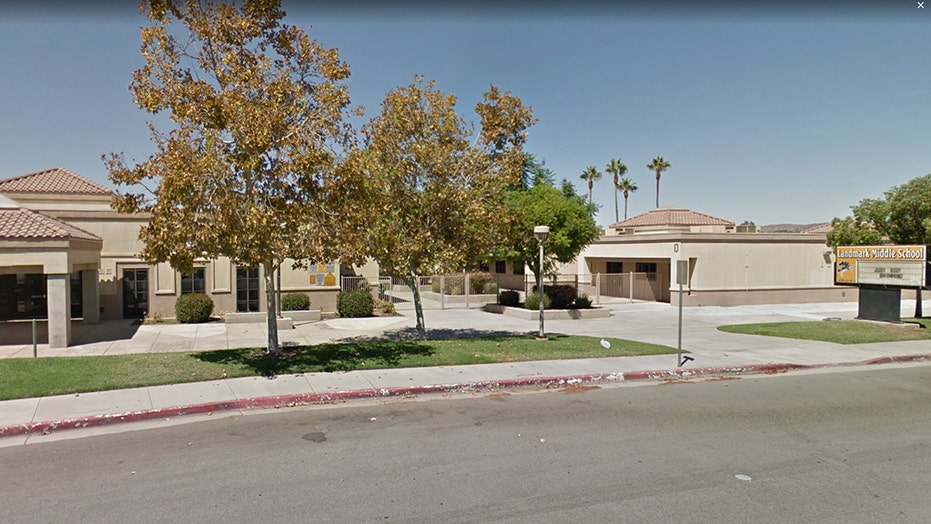 A California middle school student has been declared brain dead from injuries sustained during a fight at school last week, authorities said.

"Preparations by Diego’s family are underway for organ donation to transform this tragedy into the gift of life for other children," the sheriff's department said.

The fight took place Sept. 16 at Landmark Middle School in Moreno Valley, about 65 miles east of  Los Angeles, and was captured on video, Fox 11 reported.

The video, which was shared on social media, reportedly showed two teenagers punch Diego. As he fell to the ground, his head hit a concrete pillar. Fox 11 reported that that the first teen who hit Diego punched him again before fleeing the scene.

The two students involved in the attack, who have not been publicly identified because they are minors, were arrested on the day of the fight and remained in custody at a juvenile facility, according to the sheriff's department.

Additional counselors will be at Landmark Middle School to help students and staff "cope with the grief that will spread throughout the community," the station reported, citing a spokeswoman with The Moreno Valley Unified School District.

"As we mourn together, we also want to come together to find solutions and to take the necessary steps so that tragic incidents like this do not happen again," the spokeswoman added.

The school district will hold a "remembrance ceremony" for Diego at the middle school on Thursday evening.