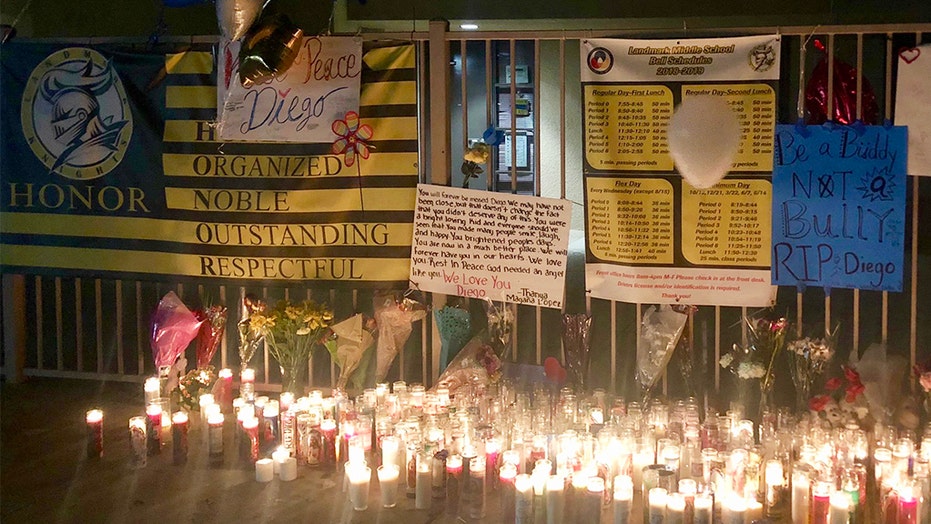 Charges were upgraded on Monday against two California middle school students involved in a fight that was recorded on video and resulted in the death of a 13-year-old boy last month, according to local reports.

The two 13-year-old boys, who have not been publicly identified because they're minors, each were charged with one count of voluntary manslaughter, KTLA reported on Wednesday, citing a spokesman with the Riverside County District Attorney's Office.

The two students were arrested on Sept. 16 following a fight at Landmark Middle School in Moreno Valley, Calif., about 65 miles east of Los Angeles, Fox 11 reported.

The fight left the teen, identified as Diego, in critical condition, the station reported. The video, which was shared on social media, reportedly showed two teenagers punch Diego. As he fell to the ground, his head hit a concrete pillar.

He was hospitalized for more than a week before he was pronounced "clinically dead," the Riverside County Sheriff's Department said.

"Preparations by Diego's family are underway for organ donation to transform this tragedy into the gift of life for other children," the sheriff's department announced last week.

The two juveniles were arrested before Diego's death and initially were charged with suspicion of assault likely to produce great bodily injury, reports said. Prosecutors reportedly amended the charges Monday.

The boys remained in custody in a juvenile facility, reports added.