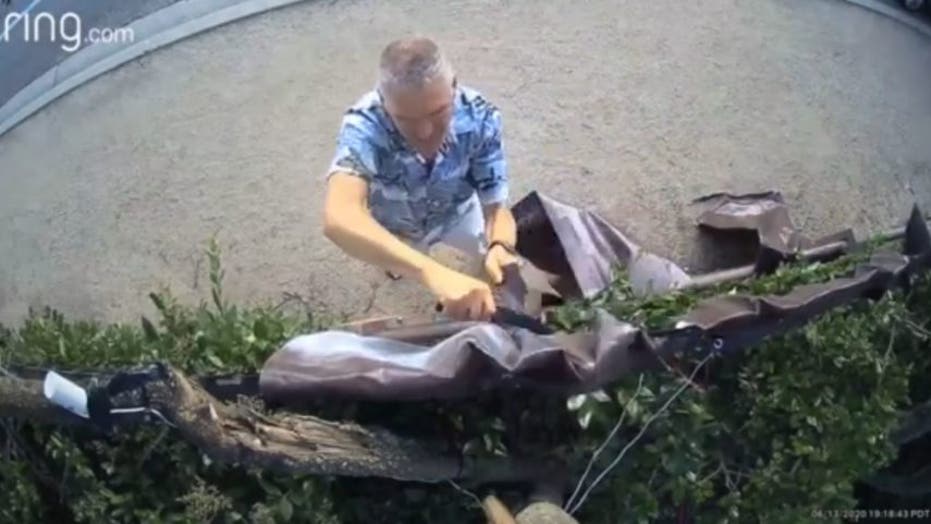 Two men charged with vandalizing a Black Lives Matter sign in California were employees of a sheriff’s office and district attorney’s office.

They were issued citations for vandalism following investigations by the Ventura County Sheriff’s Office, which employed one of the men.

“I’m deeply disappointed that one of our employees involved himself in this type of illegal activity, especially when this is an infringement on someone’s First Amendment right to freedom of speech,” Sheriff Bill Ayub said Saturday in reference to Darrin Stone, who works in his office as a service technician.

Surveillance video showed Stone, 60, of Thousand Oaks, damaging the sign with a knife this past Friday and on June 11, Captain Eric Buschow said.

A homeowner in Thousand Oaks had used a large tarp to erect the BLM sign, he said.

The homeowner also posted surveillance camera footage of the sign being damaged on social media, which led to detectives recognizing Stone as the vandal, Buschow said.

The DA office employee was identified as Craig Anderson, 59, of Thousand Oaks. He was an investigative assistant in the Ventura County DA’s Office.

Buschow said Anderson cut the sign down on May 31 and was going to remove it from the area when he noticed the camera and left the sign at the scene.

A third individual also was cited for vandalizing the sign with graffiti in a seperate June 11 incident.

Stone was placed on administrative leave, according to Buschow. Anderson resigned from his postition.

The Associated Press reported sending an email for comment to Stone. The news wire reported not being immediately able to reach Anderson.