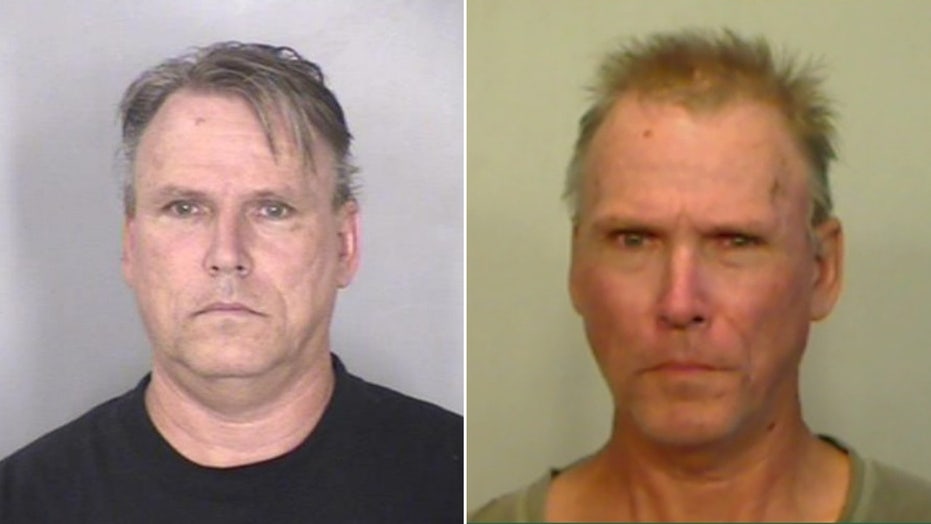 A California sex offender evading law enforcement for nearly three years by faking his own suicide was finally caught living in a storage container in Florida last week, authorities said.

Michael Patrick Manning, 58, was arrested on May 3 by the Monroe County Sheriff’s Department after deputies responded to a burglar alarm at a business at the Stock Island Marina at about 1:30 a.m., the Chico Police Department said in a press release.

Manning, who was facing charges related to the alleged sexual assault of a minor and child pornography in California, was found living in an unlocked storage container next to the property.

MASSACHUSETTS TEEN MAULED TO DEATH BY ‘PACK OF DOGS’ HE WAS TENDING TO: POLICE

The suspect falsely identified himself as William Wallace Littlejohn. He had in his possession a U.S. passport and U.S. Navy ID card to back up this claim, officials said.

Police contacted the Navy as well as U.S. Border Patrol and the FBI to verify his identity but the documents were found to be fraudulent. Police positively identified the suspect as Manning using fingerprint analysis.

Michael Patrick Manning, 58, pictured on the left after his arrest on September 3, 2015, and again this month. (Chico Police Department/ Monroe County Sheriff’s Department)

According to the Chico Police Department, several search warrants were issued for Manning on Sept. 3, 2015, after a victim age 12-14 accused him of sexually assaulting her in 2008 and 2009.

An arrest warrant was also issued and Manning was taken into custody on four counts of lewd and lascivious acts on a minor under the age of 14 and one count of contacting a minor with intent to commit a felony.

FLORIDA BOY WITH CANCER MUST CONTINUE CHEMO DESPITE PARENT’S WISHES TO USE CANNABIS THERAPY, COURT RULES

He posted bail and was released from the Butte County Jail.

Six days later, Manning was arrested again, accused of possessing and manufacturing child pornography related to the initial search of his home. He posted bail again and was released.

Between the time of his two arrests, police say Manning failed to show for a court-ordered appearance, and a bench warrant for his arrest was issued.

Over a year later, on Oct. 7, 2016, U.S. Parks Service officers located a car belonging to Manning under the Golden Gate Bridge with a suicide note, signed by Manning. Authorities, however, were unable to locate a body.

Police surveilled a “close associate” of Manning which led them to believe that he was still alive and had faked the suicide attempt.

The U.S. Marshal’s Service received a tip in April 2019 that led them to believe he was in Florida.

Manning was booked in the Monroe County Jail last week and is awaiting extradition to California.