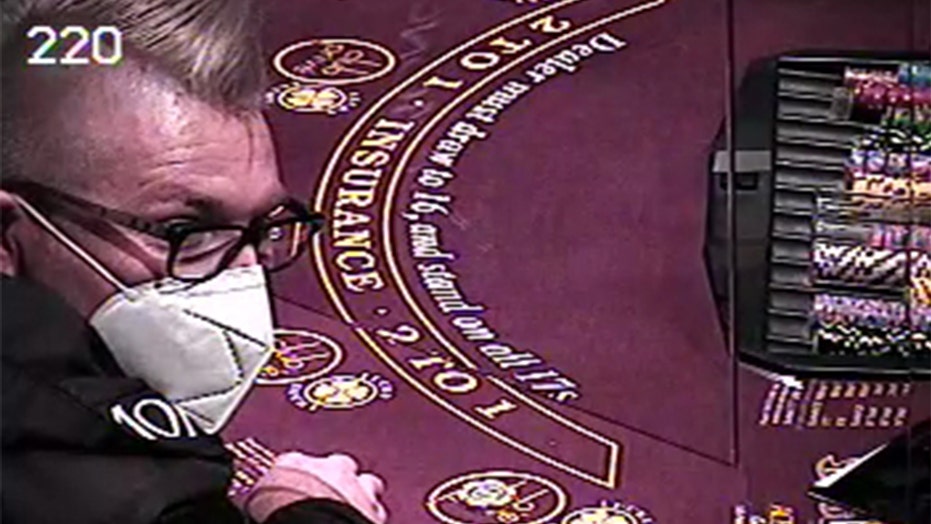 A Los Angeles man allegedly scammed a federal program aimed at helping small businesses survive the coronavirus pandemic for millions of dollars – much of which he blew through risky investments and at a Las Vegas casino, prosecutors said Thursday.

Andrew Marnell, 40, allegedly fraudulently obtained around $8.5 million in loans from the Paycheck Protection Program (PPP) on behalf of multiple companies, the Justice Department (DOJ) said in a news release.

Andrew Marnell allegedly spent hundreds of thousands of dollars from the PPP at a Las Vegas casino, according to the DOJ. (United States Attorney Central District of California)

Investigators accuse him of making false and misleading statements on the applications as well as submitting fake and altered tax and payroll documents to support the filings.

When he got the money, the DOJ said he transferred it to his brokerage account and started playing the stock market. He also allegedly spent hundreds of thousands of dollars in Vegas.

The PPP is part of the Coronavirus Aid, Relief and Economic Security Act (CARES Act), part of the federal COVID-19 stimulus aimed at helping Americans suffering financial hardship due to the pandemic.

PPP loans are meant to help businesses cover payroll costs and mortgage interest, rent or utilities. PPP loans can be forgiven if a specific percentage of them is used toward payroll.

The DOJ has been aggressively prosecuting people suspected of scamming the program – including three within the past week alone.

A 29-year-old Texas man was arrested on Tuesday after allegedly falsely filing PPP applications on behalf of a pair of businesses that had no employees.

A day earlier, a 40-year-old man in Washington, D.C., was busted after allegedly submitting a gross income of more than $175,000 on his PPP application – and only $1 on his tax return to receive the maximum $1,200 federal coronavirus stimulus payment.

And last week, a Florida man was allegedly caught scamming both Medicare and the PPP for more than $5 million after filing false claims for orthopedic braces that patients neither wanted nor received.

Back in June, the FBI arrested a Detroit man who allegedly bought two Cadillacs, a Dodge Charger and a Hummer with fraudulently obtained PPP money.

“Defrauding banks to obtain loans is never acceptable, and doing so during our current national emergency is unconscionable,” U.S. Attorney Matthew Schneider said at the time.