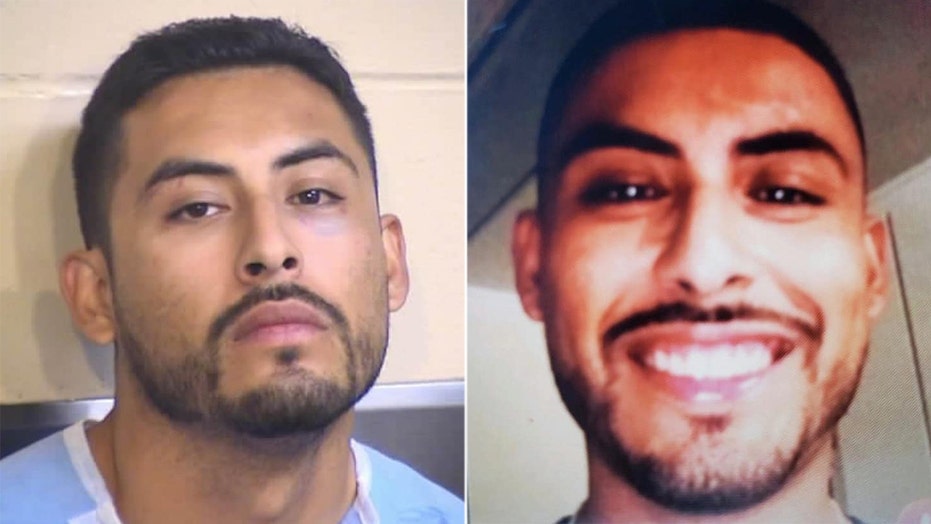 California police have arrested a man they say tried to rape a woman he met on a popular dating app.

Fabian Ornelas, 30, was arrested at his home in Fresno early Saturday by detectives with the Fresno County Sheriff’s Office.

“In this particular case, Fabian used the social media dating site Tinder to entice a woman into meeting up with him. Fabian is known to use the profile name ‘Dominick,’” the sheriff’s office said in a news release.

“After making a match with the woman online, Fabian arranged to meet with her in person,” the news release said. “After spending some time together, the victim attempted to leave, but Fabian forced himself on her and attempted to rape her.”

Fabian Ornelas, 30, in mugshot photo and in what detectives say is his Tinder profile photo. (Fresno County Sheriff's Office )

The news release said the woman was able to break free and fled the area. She then called 911.

Orenelas was charged with kidnapping, false imprisonment, attempted rape, probation violation, and other charges related to sexual assault. He was jailed in lieu of bail in the amount of $243,500.

The news release alleges Ornelas may have victimized other women.

“Detectives served a search warrant at Fabian’s home and they developed leads showing Fabian may have committed similar crimes in the past,” the news release said.