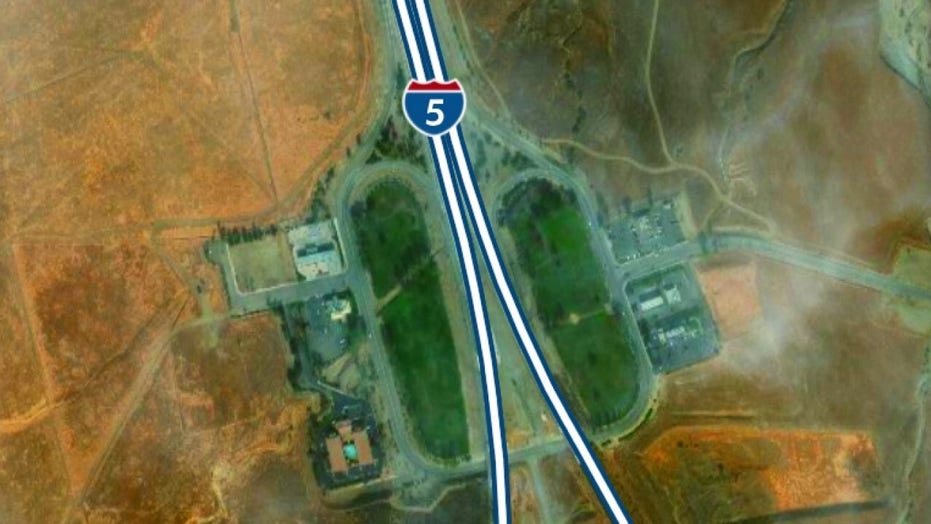 California officers respond to the scene 80 miles outside of Los Angeles.

A woman died and five others were injured when another passenger open-fired aboard a Greyhound bus traveling north from Los Angeles to San Francisco early Monday morning, officials said.

Police responded at 1:27 a.m. PT to several 911 calls regarding a shooting on a Greyhound bus traveling northbound on Interstate 5 near the village of Grapevine, about 80 miles north of Los Angeles, said Steve Loftus, communications supervisor for the California Highway Patrol, to Fox News.

A woman was pronounced dead at the scene. Others were rushed to local hospitals. One of the five wounded was transported to a hospital by helicopter, California Highway Patrol Sgt. Brian Pennings said at a press conference. A male suspect was taken into custody.

The motive remained under investigation. The names of the suspect and victims were not immediately released by authorities.

"The bus driver somehow managed to get the shooter off the bus and left him on the highway shoulder, where he was arrested without incident," Pennings said. After leaving the gunman behind, the driver continued on to the next exit and pulled into the parking lot of a gas station.

Pennings said there were a “significant" number of people aboard the bus. Witnesses and the suspect were being interviewed, according to The Associated Press.

"Our thoughts and prayers go out to everyone and every family member impacted by the incident today. We are gathering details and will assist the Kern County police in every way possible during their investigation," Greyhound said in a statement to Fox News.

A Greyhound bus was seen stopped at a Valero gas station closed off with caution tape, Bakersfield’s KBAK reported. The situation is now stable and there is no further threat, California Highway Patrol said.  The area is located in Tejon Pass, a section of the mountains between Los Angeles and the San Joaquin Valley which rises to an elevation of more than 4,100 feet.