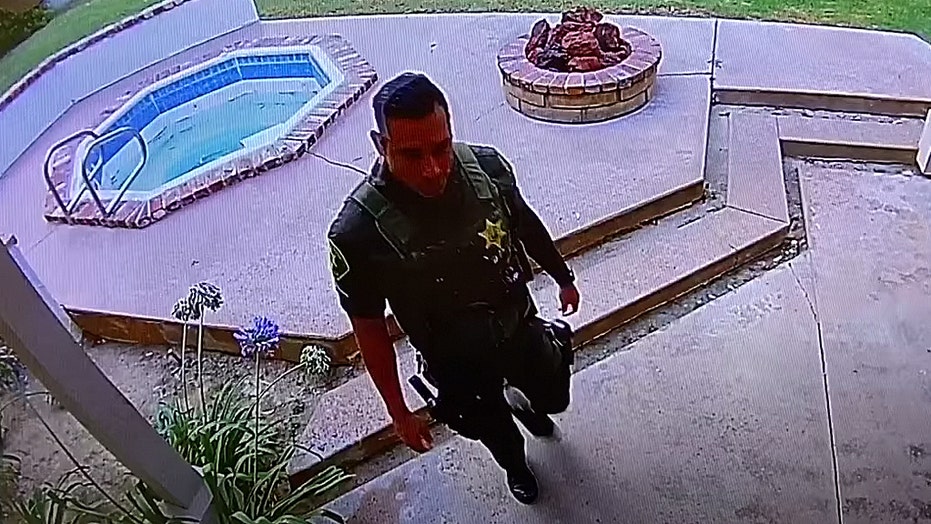 A Southern California sheriff has arrested a veteran deputy he says investigated an elderly man’s death and then was caught on video burglarizing the man’s unoccupied home three separate times.

Steven Hortz was booked into the Orange County jail on a burglary charge, authorities said Thursday. He has served with Orange County Sheriff’s Department for 12 years.

“The suspected criminal actions of this deputy are a violation of public trust, are inexcusable and intolerable,” said Orange County Sheriff Don Barnes.

Hortz responded to a Yorba Linda residence in July regarding a man in his 70s who died from apparent natural causes, Barnes' spokeswoman Carrie Braun said.

On September 9, the Department was contacted by an attorney representing the family estate who reported items missing from the residence, Braun said.

“The attorney provided home surveillance video that captured the deputy making unauthorized entrance to the residence on at least three separate occasions and exiting with stolen property,” she said.

Braun said Hortz returned to the residence on July 27 in uniform.

She said he broke into the home in civilian clothes in the early morning hours on Aug. 10 and Aug. 16 and made off with weapon safes, ceiling fans, and cases containing unknown items.