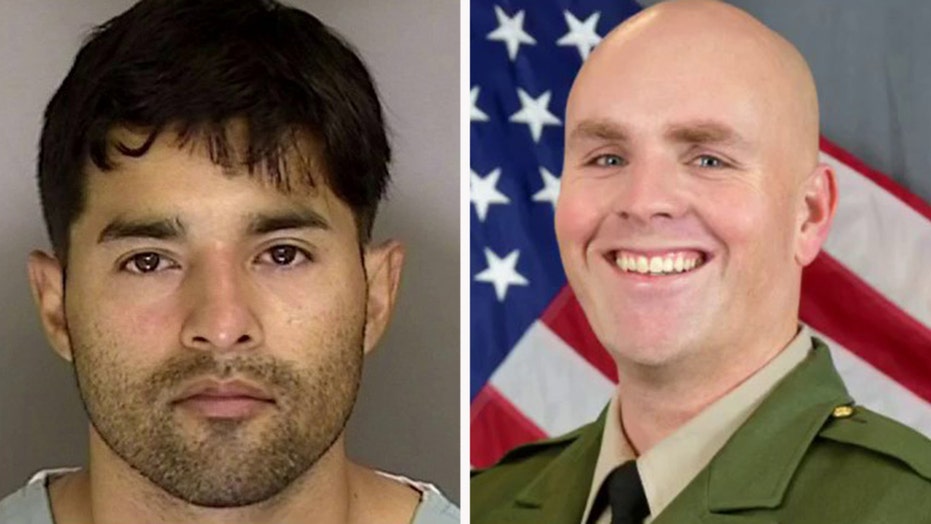 “Who needs antifa to start riots when you have the police to do it for you,” suspect Steven Carrillo, 32, posted Friday, one day before Santa Cruz Sheriff’s Office Sgt. Damon Gutzwiller, 38, was struck by gunfire in a shootout with Carrillo, who was captured later while trying to flee the scene, authorities said.

“Who needs antifa to start riots when you have the police to do it for you.”

Gutzwiller, a 14-year veteran whose widow is pregnant with the couple’s second child, died later at a hospital. A second deputy and a California Highway Patrol officer were wounded in the incident.

In another post, Carrillo allegedly lashed out against police in a post about an Ohio woman who reportedly died after getting tear-gassed by officers at a protest in Columbus, the San Francisco Chronicle reported.

“He’s an angry man intent on bringing harm to police officers,” Santa Cruz County Sheriff Jim Hart said at a news conference, according to the report. “I trust that our district attorney is going to bring justice for Damon’s murder.”

“He’s an angry man intent on bringing harm to police officers. I trust that our district attorney is going to bring justice for Damon’s murder.”

Unspeficied explosives were detonated during the ambush in which Gutzwiller was fatally shot, and more explosives and weapons were found inside the home in Ben Lomond where the shootout occurred, authorities said. Ben Lomond is an unincorporated area in the Santa Cruz Mountains, south of San Francisco.

In addition, authorities revealed that Carrillo was apprehended after a local resident wrestled him to the ground and disarmed him of a rifle, pipe bomb and handgun. Carrillo attempted a carjacking in a bid to flee the ambush scene, authorities have said.

“It was a remarkable, remarkable, heroic thing that that resident did,” Hart told reporters Monday, according to KPIX. “He [The resident] does not want to be named. He doesn’t want any recognition. … This guy [Carrillo] could have done a lot more damage in our community had that resident not taken the action that he did.”

"This guy [Carrillo] could have done a lot more damage in our community had that resident not taken the action that he did."

An FBI official said investigators were still looking to determine if the ambush in Ben Lomond was connected to the May 29 fatal shooting of David Patrick Underwood, 53, a Federal Protective Service officer at a federal courthouse in Oakland, Calif., the Chronicle reported.

Both incidents involved the use of a van by the suspect but it was unclear if a van seen in Oakland was the same vehicle Carrillo was driving Saturday when deputies followed him to the Ben Lomond home after receiving a call that the van contained guns and bomb-making materials.

In the attack at Ben Lomond, the second deputy was struck by a shot to the chest but was saved by a bulletproof vest, authorities told the Chronicle. He also was injured by shrapnel and was hit by the suspect’s vehicle as Carrillo drove away.

The California Highway Patrol officer suffered a gunshot wound to a hand, authorities have said.