California State University's campus in Long Beach is ditching its longtime mascot amid accusations of racism and officially moving to pick either a new symbol or have no mascot at all.

The university ditched its "Prospector Pete" character in September after criticism that it was offensive to indigenous people.

The supposedly offensive mascot was born when the campus opened in the 1940s, with founding President Pete Peterson’s comment that he “struck the gold of education” by creating it, according to the Los Angeles Times.

But students have come to see the mascot not as a tribute to their founder or to California history, but rather as a representation of the violence caused to Native Americans and others during California’s Gold Rush era.

Last year, the university moved the statue of the mascot away from a prominent place on campus due to the outcry.

A statement on the university website said the Gold Rush was "a time in history when the indigenous peoples of California endured subjugation, violence and threats of genocide." (Whether the NFL's San Francisco 49ers should be worried about their nickname is unknown at this point.) 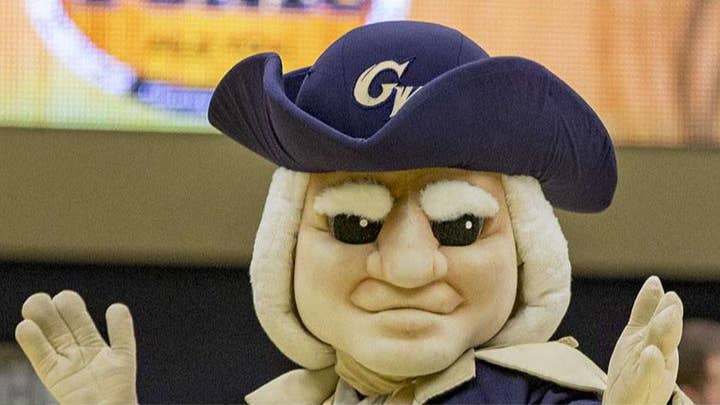 The university is now asking students to vote on a new mascot, with choices including Pelicans, Sharks, Stingrays, Giraffes, Kraken (a sea monster from Scandanavian folklore), or even picking the option called “the Beach” that is sort of a no-mascot option.

Genesis Jara, president of Associated Students, Inc., told the Mercury News of San Jose that the options for students to vote on were selected from hundreds of ideas submitted by students.

The final decision will rest with President Jane Close Conoley.