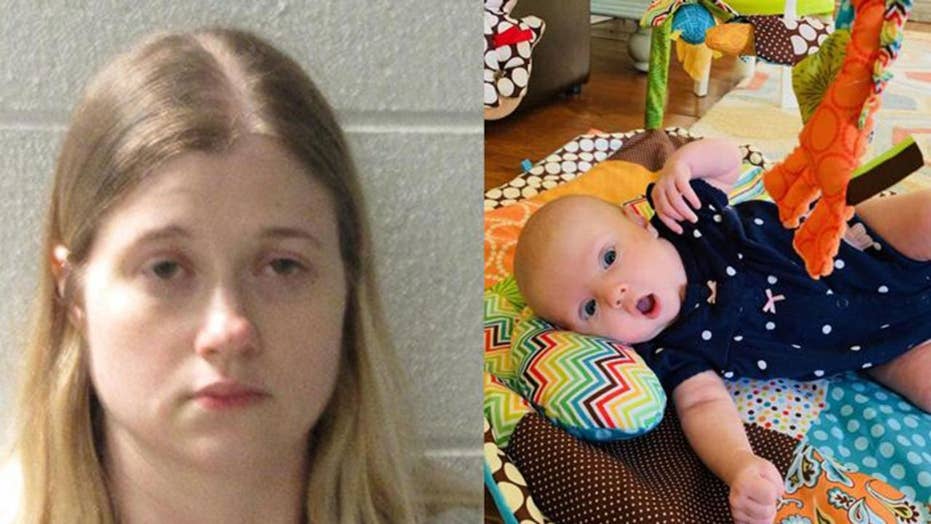 Infant survived after being tossed down a ravine by her mother

An infant survived after she was tossed down a raving by her mother, according to a sheriff.

The suspected kidnapping of a North Carolina infant during a carjacking has led to the arrest of the child’s mother on a charge of attempted murder, authorities said Friday.

Krista Madden, 35, of Asheville, N.C., was accused of trying to kill her 7-week-old baby Thursday by tossing the child over a bank in a child’s car seat, Henderson County Sheriff Lowell Griffin said during a news conference.

It was only "by the grace of God” that the infant survived, the sheriff said.

The baby, Shaylie Madden was found Thursday after a 75-foot plunge down a ravine, Griffin said. The baby and the car seat were found near each other.

Shaylie was taken to the hospital.

“It’s my understanding that she is in very good condition,” he said.

Madden, a nurse according to her Facebook page, told police that she and the baby had been carjacked in Asheville Thursday afternoon.

Police said Madden told them she had managed to get away from the carjackers who took her baby.

Krista Madden, 35, of Asheville is accused of trying to kill her 7-week-old baby Shaylie after tossing her down a ravine, police said (Henderson County Sheriff's Office/ Asheville Police Department)

Authorities said she also told them that the carjackers were a man and a woman who wore ski masks.

“We don’t believe that to be factual at all,” Griffin said. "We don’t have any reason to believe it is based on anything.”

The sheriff said that two hours after finding Madden, Shaylie was found by a family.

Courtney Fowler told Fox Carolina how she and her father found Shaylie after hearing a baby’s faint cries.

She said the baby had scrapes and bruises.