New York City police deployed increased patrols and counterterrorism resources to certain parts of the city, including around churches and houses of worship in communities of color, in the wake of Saturday’s horrific attack at a Buffalo grocery story.

Upstate New York law enforcement officials have released their first booking photo showing 18-year-old Payton Gendron, who they say opened fire at a Buffalo grocery story, killing 10 people and wounding at least three others. Eleven of the victims were Black, while two were White, police have said.

Payton S. Gendron is seen in a booking photo from May 15, 2022 (Erie County District Attorney)

Meanwhile, the New York Police Department, or NYPD, said in an email to Fox News Digital that investigators have found "no threat to New York City" as a result of Sunday’s attack, but said it has shifted resources "out of an abundance of caution."

"[W]e have shifted counterterrorism and patrol resources to give special attention to a number of locations and areas including major houses of worship in communities of color," NYPD spokesperson Sgt. Brendan Ryan wrote.

PHOTOS FROM THE CRIME SCENE:

Ryan added that the department contacted Buffalo Police Department immediately to offer assistance. The department has also begun searching its own databases to see if Gendron had any nexus to New York City, or if they had any information about the alleged gunman that would be worth sharing.

A law enforcement source familiar with the investigation said the NYPD has so far found no connection between the suspect and New York City. 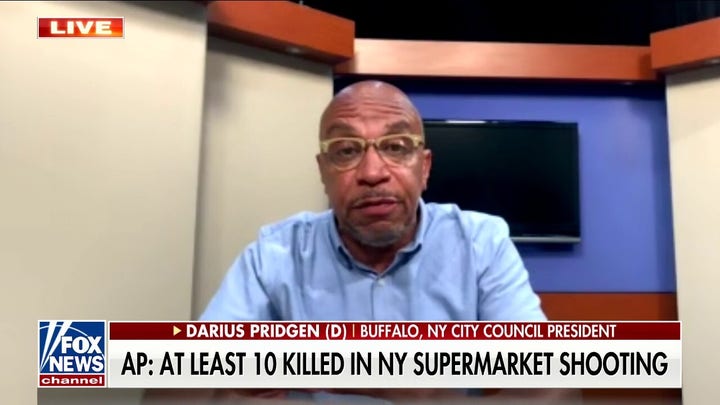 Gendron, who is White, drove up to the Tops grocery store around 2:30 p.m. and immediately began firing off shots – wounding four people in front of the market before making his way inside, Buffalo Police Commissioner Joseph Gramaglia said. Three of the four people died.

Once inside, he exchanged fire with store security guard Aaron Salter, who was a retired police officer. Salter fired several rounds at Gendron before the suspect fatally shot him, Gramaglia said. 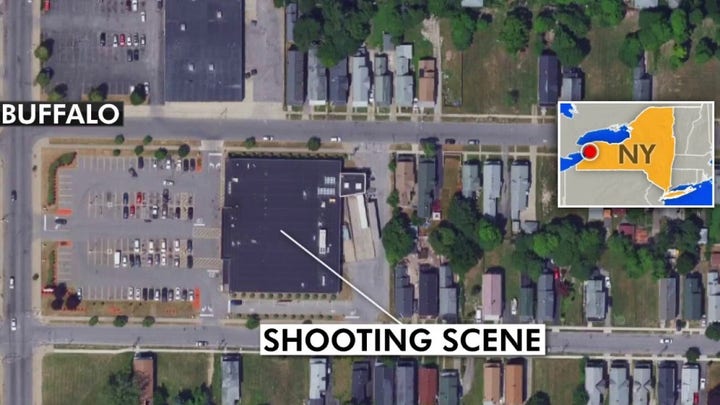 Gendron then allegedly made his way around the store shooting several other victims. When confronted by police, Gendron allegedly placed the rifle to his neck before dropping the weapon and surrendering, the police chief said.

Gendron was arraigned late Saturday, where he pleaded not guilty. He was ordered held without bail and is due back in court on Thursday.