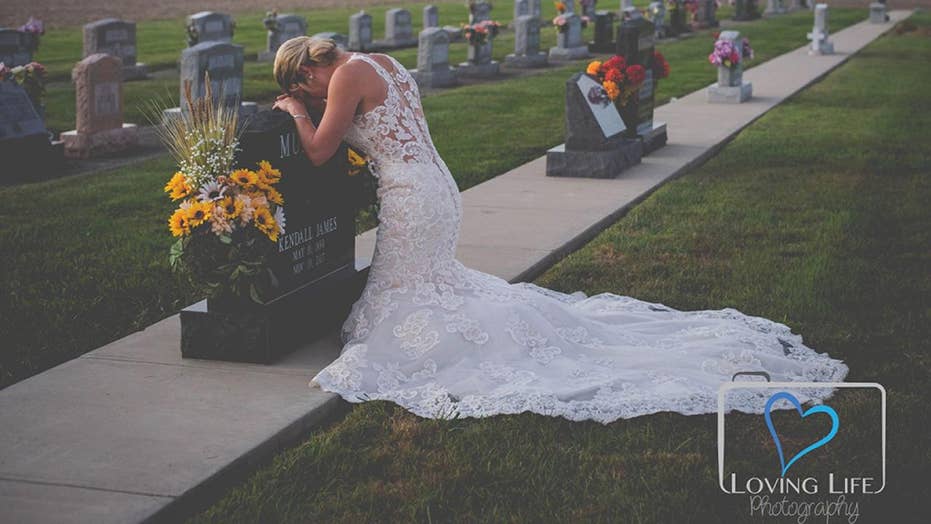 Jessica Padgett from Indiana took her wedding photos alone after her firefighter fiancé was killed by an alleged drunk driver last year.

An Indiana bride who lost her volunteer firefighter groom to an alleged drunk driver — who was also a firefighter — remembered her late fiancé with wedding photos that memorialized him.

Jessica Padgett, of Evansville, took her wedding photos alone on Sept. 29 — the day she was to be married. Her fiancé, Kendall Murphy, was killed in November 2017 while responding to a crash scene in Daviess County, Fox 59 reported.

Kendall Murphy was killed in November 2017 while responding to a crash scene as a volunteer firefighter in Indiana.  (Loving Life Photography)

Another volunteer firefighter who also responded to the scene allegedly turned up drunk, with a reported blood alcohol content level of .21 percent, which is almost three times the legal limit. The man allegedly hit the 27-year-old Murphy, who was pronounced dead at the scene.

Murphy was a "selfless man of God who loved spending time with family and friends," according to the National Fallen Firefighters Foundation. And so Padgett, with the help of photographer Mandi Knepp, honored his memory with a photo shoot in her wedding dress.

She posed for photos with Murphy's boots, with his tombstone, his firefighting gear and with loved ones.

Murphy, "following his father and grandfather's footsteps," had worked with the Montgomery Volunteer Fire Department since June 2016.