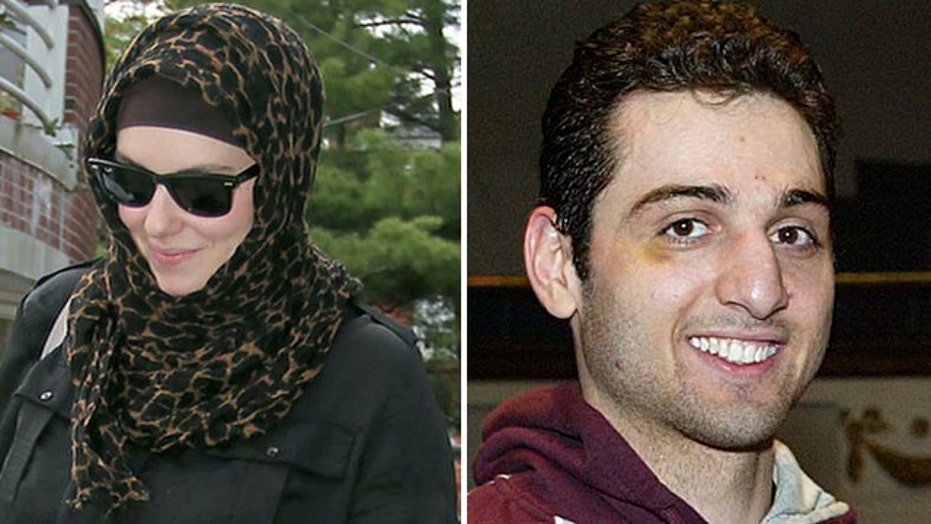 The uncle of the two men authorities say were behind the Boston Marathon bombing contacted a mosque to arrange a funeral for the older suspect killed shortly after the incident, the Islamic Society of Boston said.

Tamerlan Tsarnaev's body has been at the medical examiner's office in Massachusetts since he died after a gunfight with authorities more than a week ago.

Amato DeLuca, the Rhode Island attorney for his widow, Katherine Russell, said Tuesday that his client had just learned that the medical examiner was ready to release Tsarnaev's body and that she wants it released to his side of the family.

In addition to declining to claim the body herself, which is her right as his spouse, Russell has taken other steps to distance herself from Tsarnaev since taking refuge at her family's home on April 19, hours after her husband was killed. Her family released a statement shortly after she was escorted home by federal agents that day saying they "never really knew" Tsarnaev. Russell has also reverted to using her maiden name instead of the name listed on her marriage certificate, Tsarnaeva.

Until Tuesday's statement, DeLuca had declined to provide any details about Russell's contact with authorities, except to say that Russell was doing everything she could to assist with the investigation.

The exact cause of 26-year-old Tamerlan's death will be released once his body is handed over to the family. During a chaotic scene days after the April 15 bombing, he ran out of ammunition before his brother dragged his body under a vehicle while fleeing the scene, police said.

The family has said authorities will likely not release the body until the end of the week, the statement said. Tsarnaev's parents are still in Russia, but he has other relatives on his side of the family in the U.S.

"Of course, family members will take possession of the body," uncle Ruslan Tsarni of Maryland told The Associated Press on Tuesday night. "We'll do it. We will do it. A family is a family."

Tsarnaev has been dead for nearly two weeks, with his body unclaimed at the medical examiner’s office. Sharia, or Islamic law, requires the dead to be buried as soon after death as possible after a funeral ritual that includes bathing and shrouding of the body, followed by prayers. Cremation is prohibited.

His younger brother, Dzhokhar Tsarnaev, 19, is in a prison hospital after being wounded in the shootout with police as he and his brother made their getaway attempt. He is charged with using a weapon of mass destruction to kill, a crime that carries a potential death sentence.

U.S. law enforcement officials have been trying to determine whether Tamerlan Tsarnaev was indoctrinated or trained by militants during his visit to Dagestan, a Caspian Sea province that has become the center of a simmering Islamic insurgency.

The security official with the Anti-Extremism Center, a federal agency under Russia's Interior Ministry, confirmed the Russians shared their concerns. He said that Russian agents were watching Tsarnaev, and that they searched for him when he disappeared two days after the July 2012 death of the Canadian man, who had joined the Islamic insurgency in the region. The official spoke only on condition of anonymity because he was not authorized to speak to the news media.

Security officials suspected ties between Tsarnaev and the Canadian - an ethnic Russian named William Plotnikov - according to the Novaya Gazeta newspaper, which is known for its independence and investigative reporting and cited an unnamed official with the Anti-Extremism Center, which tracks militants. The newspaper said the men had social networking ties that brought Tsarnaev to the attention of Russian security services for the first time in late 2010.

President Obama said Tuesday at a news conference that the U.S. counterterrorism bureaucracy "did what it was supposed to be doing" before the Boston Marathon bombing as his top intelligence official began a review into whether sensitive information was adequately shared and whether the U.S. government could have disrupted the attack.

"We want to go back and we want to review every step that was taken," Obama said. "We want to leave no stone unturned. We want to see, is there in fact additional protocols and procedures that could be put in place that would further improve and enhance our ability to detect a potential attack."