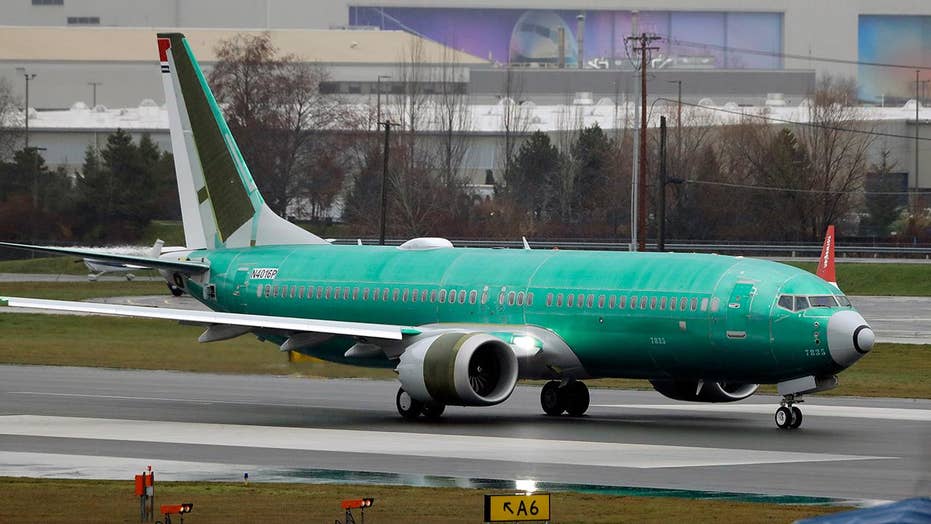 Hundreds of pages of Boeing internal instant messages and emails delivered to the FAA and congressional investigators have been released; Dan Springer has the details.

Boeing employees knowingly misled the Federal Aviation Administration, mocked the “clowns” and "monkeys” who designed the troubled Boeing 737 MAX and said they'd never let their own family members fly on the aircraft that was later involved in two crashes that killed hundreds.

That’s according to hundreds of pages of internal instant messages and emails Boeing delivered to the FAA and congressional investigators last month, which were released on Thursday.

“This airplane is designed by clowns, who are in turn supervised by monkeys,” one Boeing employee wrote in a 2017 instant message exchange apparently bashing fellow colleagues at the company.

“Would you put your family on a Max simulator trained aircraft? I wouldn’t,” another employee asked a coworker in a 2018 conversation before the first crash. “No,” the person responded.

“I still haven’t been forgiven by God for the covering up I did last year,” one employee wrote in 2018, referencing interactions with the FAA.

The Boeing 737 MAX has been grounded worldwide since March, after two deadly crashes in late 2018 and early 2019 killed a total of 346 people. It was later determined that a new software system on the plane forced it to nose dive, causing both accidents. Pilots were not aware of the new software and, therefore, had not received training.

In a statement to Congress Thursday, Boeing said that the communications “raise questions about Boeing’s interactions with the FAA” as the company sought to have federal regulators approve new flight simulators. The FAA said that the flight simulator described as flawed by employees in the documents has since been revised as passed inspection as Boeing continues to remodel the MAX.

“Upon reviewing the records for the specific simulator mentioned in the documents, the agency determined that piece of equipment has been evaluated and qualified three times in the last six months,” Lynn Lunsford, a spokesman for the FAA, said in a statement. “Any potential safety deficiencies identified in the documents have been addressed.”

Rep. Peter DeFazio, D-Ore., chairman of the House Transportation Committee, said the documents detail “some of the earliest and most fundamental errors in the decisions that went into the fatally flawed aircraft.” He and other critics accused the company of putting profit over safety.

“They paint a deeply disturbing picture of the lengths Boeing was apparently willing to go to in order to evade scrutiny from regulators, flight crews, and the flying public, even as its own employees were sounding alarms internally,” he told The Associated Press.

A 2015 message said FAA officials were like “like dogs watching TV” as they listened to Boeing employees deliver a complicated presentation on the 737 MAX.

Employees also groused about Boeing's senior management, the company's selection of low-cost suppliers, wasting money, and the MAX. Names of those who wrote the emails and text messages were redacted. The company said it was considering disciplinary action against some employees.

The documents showing employee conversations were released the same week an older model designed by the same company in the 90s, the Boeing 737-800, crashed shortly after takeoff in Tehran, killing all 176 passengers and crew aboard. The plane itself was less than four years old.

The grounding of the MAX will cost the company billions in compensation to families of passengers killed in the crashes and airlines that canceled thousands of flights. Last month, the company ousted its CEO and decided to temporarily halt production of the plane in mid-January, a decision that is rippling out through its supplier network.