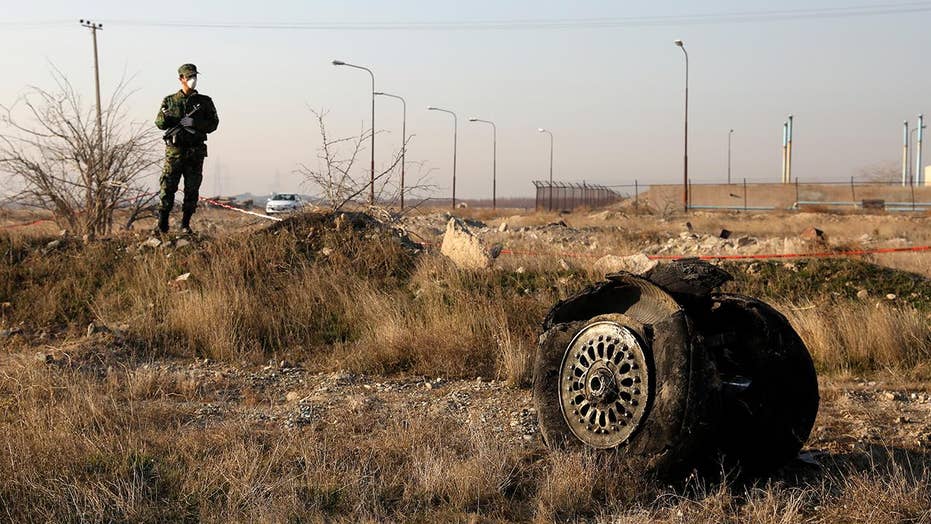 Ukraine now says a missile strike or some act of terrorism are possibilities and should be part of the investigation into the deadly Boeing 737 crash in Iran; Dan Springer reports.

A Ukrainian official said Thursday the country is considering a Russian missile strike as one of several possible causes for a Ukrainian passenger plane crash that happened shortly after the flight took off from Tehran’s international airport early Wednesday morning.

"A strike by a missile, possibly a Tor missile system, is among the main (theories), as information has surfaced on the internet about elements of a missile being found near the site of the crash," Oleksiy Danilov, secretary of Ukraine's Security Council, told media in the country.

Ukraine is waiting for permission from Iran to look for missile debris at the crash site.

Iranian investigators on Thursday said the black boxes that belonged to the plane have been damaged and some parts of their memory were lost.

The crash of the Ukraine International Airlines flight that was bound for Kiev Wednesday raised concerns about Iran's transparency during the investigation. Iran blamed mechanical failure, but some have speculated that Tehran's earlier missile assault on Iraqi bases housing American troops played a role.

All 176 people on board the flight died.

The plane’s black boxes were found amid the wreckage not far from Imam Khomeini International Airport but Iran is refusing to turn them over to Boeing or the National Transportation Safety Board.

Investigators haven’t given a reason for the crash that brought down the Boeing-737 but said the pilot was attempting to steer the plane back toward the airport just before the crash.

"The plane, which was initially headed west to leave the airport zone, turned right following a problem and was headed back to the airport at the moment of the crash,” Abedzadeh said, according to BBC News.

The plane exploded on impact, potentially because it was loaded with fuel for the international flight.

Ukrainian President Volodymyr Zelensky has sent investigators to assist and said, “the priority for Ukraine is to identify the causes of the plane crash … We will surely find out the truth.”

TRUMP SAYS IRAN ‘APPEARS TO BE STANDING DOWN,’ MISSILE STRIKES RESULTED IN NO CASUALTIES

So far, there is no evidence to suggest the plane was intentionally downed.

Peter Goelz, a former managing director of the NTSB, said considering an attack should be “at the top of [investigators'] agenda,” The New York Times reported.

Ukraine’s Iranian embassy initially blamed mechanical issues but later removed their statement. They also initially ruled out terrorism or a rocket attack before backing off on that assessment.

The Ukraine International Airlines flight was carrying 82 Iranians, at least 63 Canadians and 11 Ukrainians – nine of which were crew members – 10 Swedes, four Afghans, three Germans and three British citizens, according to Ukraine’s foreign minister.

There has been some back and forth about the nationalities of the passengers likely because some had dual citizenship and Germany has claimed they're not aware of any German citizens who were on the plane.