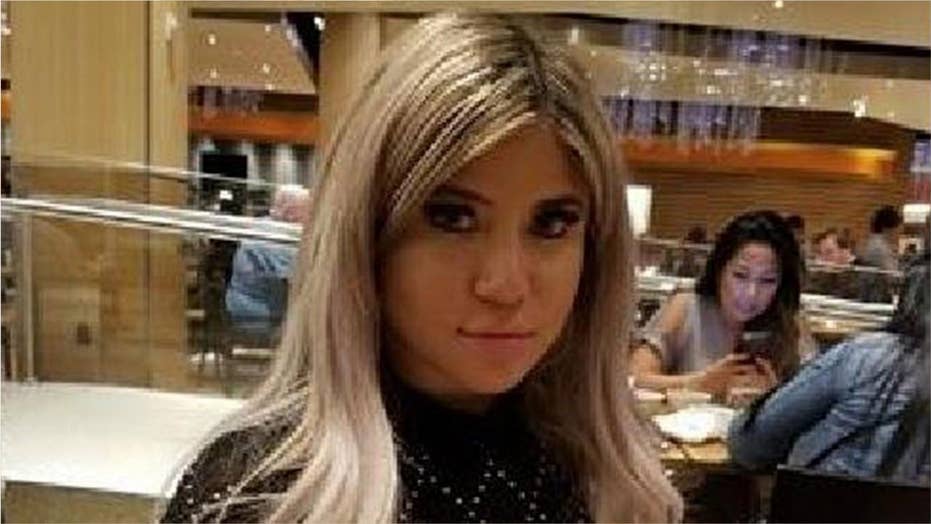 Reports: Body found encased in concrete in Nevada desert believed to be that of missing woman

A woman’s body has been found encased in concrete in the Nevada desert. It is believed to be the body of Esmeralda Gonzalez who has been missing since May.

The body of a Las Vegas woman who was reported missing in May is believed to have been found in the Nevada desert, completely encased in concrete inside a “wooden structure,” court documents reveal.

Las Vegas Metropolitan Police were dispatched to a home on May 31 just before 7 p.m. concerning a missing person report. The victim, later identified by Las Vegas Review-Journal as Esmeralda Gonzalez, 24, had not been heard from for several days.

CALIFORNIA MAN CONFESSES TO 4 MURDERS, SHOWS UP TO POLICE STATION WITH ONE VICTIM’S BODY: COP

Although police have not yet formally identified the victim, court documents obtained by the Review-Journal name Esmeralda Gonzalez, 24. (Las Vegas Metropolitan Police Department )

Several months later, on Oct. 8., homicide detectives recovered a body in the desert area just north of Las Vegas. Police said the body was found completely encased in “concrete and in a wooden structure.” Although police have not yet formally identified the victim, court documents obtained by the Review-Journal name Gonzalez.

Days later, police arrested Christopher Prestipino, 45, and Lisa Mort, 31, in connection with the discovery of the body.

Christopher Prestipino, 45, and Lisa Mort, 31, were charged last week in connection to a body recovered on Oct. 8 in the Nevada desert found encased in concrete inside a wooden structure, police said.  (Las Vegas Metropolitan Police Department )

According to a press release from the LVMPD, investigators believe that the victim had at some point been inside Prestipino’s residence. She was being held against her will and was subsequently “murdered.”

Police found that Mort had knowledge of the alleged homicide and “assisted” Prestipino, although they did not elaborate to what extent.

The pair was arrested on Oct. 11 and Prestipino was charged with open murder, kidnapping in the first degree resulting in substantial bodily harm and conspiracy murder.

Mort was also booked into the Clark County Detention Center on the charge of harbor/conceal/aid a felony offender.

According to court documents obtained by the Review-Journal, Prestipino strangled the victim and then injected her body with pool cleaner after leaving her “tied up to a bedpost for an extended period of time.” After she was killed, he reportedly transported the body to the desert using a rented U-Haul.

The victim, who was said to work in the adult entertainment industry and had a large following on social media, lived about one-tenth of a mile from the suspect, according to the report.

Court documents also stated that the victim suffered from mental illness and was captured on surveillance the day she disappeared walking around her neighborhood in high heels and lingerie asking for rides.

Detectives received a tip in July that pointed them in the direction of Prestipino.