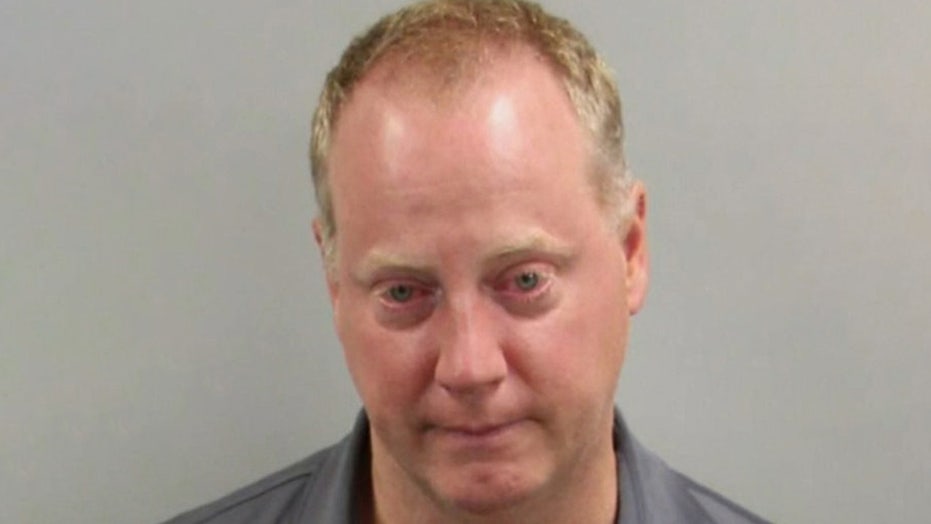 The CEO of BlueCross BlueShield of North Carolina resigned Wednesday, less than four months after he was charged in an alcohol-related traffic incident and after new details about the night in question came to light.

Patrick Conway, 45, resigned, effective immediately, despite the company's board previously acknowledging it knew about the charges — and requesting Conway stay aboard as president and CEO.

But on Wednesday, Mike Causey, the North Carolina insurance commissioner, called for Conway's resignation following new revelations about the car accident that happened on Interstate 85 in Randolph County on June 22.

Patrick Conway, 45, resigned as CEO and president of BlueCross BlueShield of North Carolina on Wednesday.

Conway was driving with two of his children in the car when he was filmed allegedly weaving between lanes and sideswiping a tractor-trailer. He was charged with driving while impaired and misdemeanor child abuse.

BlueCross BlueShield said in a statement issued before Conway's resignation Wednesday that Conway told the board of the incident, and the board reviewed the situation. The members stated that, because of Conway's "strong leadership," he would continue to serve as CEO and president.

But in a follow-up statement, the board noted that "new details have come to light, particularly notes from the arresting officers and contents from their investigative files of which the board was unaware," leading the members to request Conway's resignation.

It wasn't immediately clear what the specific details were but, according to WRAL, after Conway was taken to the police station, he was "absolutely belligerent" and refused a breathalyzer test. Investigators wrote in a report Conway "had to be shackled to deter him from kicking the holding cell door."

Conway also allegedly told the arresting officer: "You had a choice. You could have let me go. You don't know who I am. I am a doctor, a CO of a company. I'll call Governor [Roy] Cooper and get you in trouble."

The former BlueCross BlueShield CEO tweeted on Thursday he's "ashamed, embarrassed and sorry" about his actions, and said he's "never had an incident like this before."

A hearing for Conway is scheduled for Oct. 8.