The Los Angeles chapter of Black Lives Matter is looking to remove County District Attorney Jackie Lacey, for failing to prosecute more police officers who were involved in fatal shootings during her tenure in office.

Melina Abdullah, a co-founder of the city's' BLM chapter, told The Associated Press that Lacey should have taken more police shooting cases to court.

"Everybody is utterly shocked when they think about the number of people who have been killed by police or while in custody since Lacey took office," said the co-founder.

Abdullah has reportedly been leading protests against Lacey for the past several months. Since the death of George Floyd, those demonstrations have increased, with protesters chanting, "Jackie Lacey must go!."

Lacey has found every questionable shooting to be justified, except one, during her time in office, The AP reported. 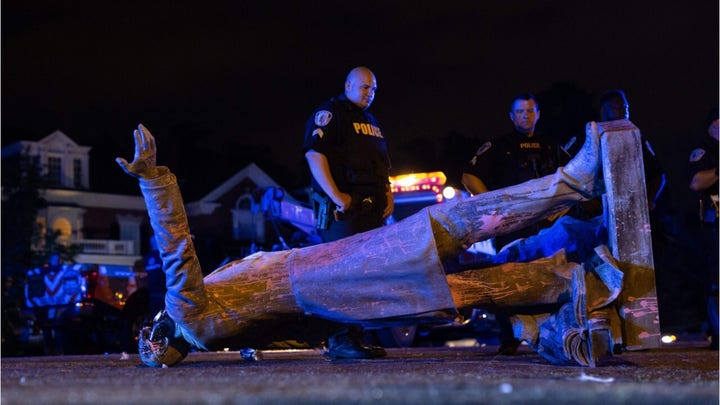 She is the first black person and woman to serve as the city's district attorney and is running for her third term in November. She will compete in a runoff election against George Gascon, who previously served as San Francisco's DA.

"I don't want people thinking I'm biased or racist or afraid, or any of these very unflattering things that are said," Lacey told The AP. "We shouldn't assume that everyone who says 'Black lives matter' isn't concerned also about public safety. That's a false choice that those are mutually exclusive."

This news comes just one day after Rep. Adam Schiff, D-Calif., pulled his endorsement for Lacey after she was hit with further political criticism following Floyd's death.

"This is a rare time in our nation's history. We have a responsibility to make profound changes to end systemic racism & reform criminal justice," Schiff tweeted Saturday, adding that he and California Assemblymember Laura Friedman "no longer feel our endorsement of Jackie Lacey a year ago has the same meaning. We have decided to withdraw it."

Lacey was also forced to apologize earlier this year after her husband allegedly pointed a gun at about 50 BLM demonstrators and threatened to shoot them for showing up to their Los Angeles home before dawn.