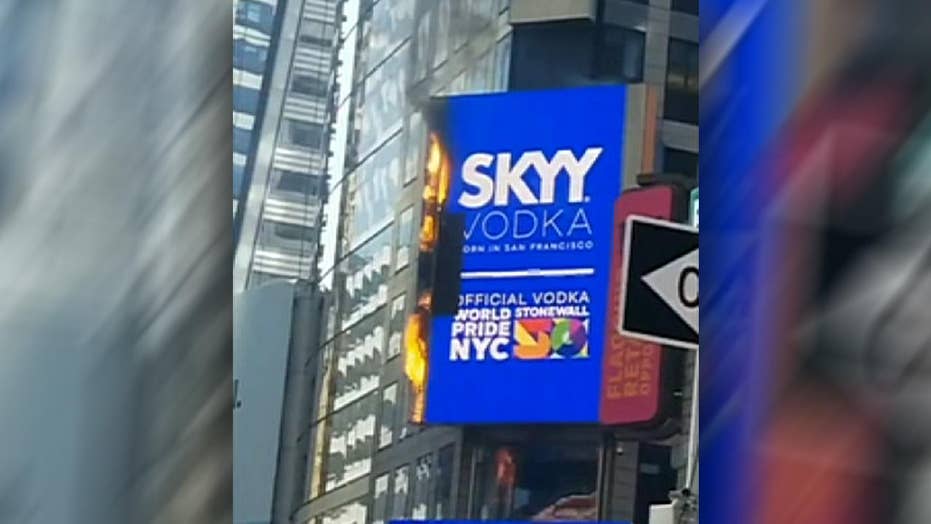 An electronic billboard burst into flames in Times Square on Saturday afternoon.

The FDNY got a call that the billboard, which is located above the Thomson Reuters building between 42nd and 43rd Streets in the heart of Manhattan was ablaze around 3 p.m., the fire department told Fox News Satuday.

Firefighters used a precautionary hose line and cut power to the sign to get the fire under control, the FDNY said. It also conducted searches within the building.

But on a typically busy Saturday in Midtown Manhattan, there were no injuries.

It isn't the first time in recent memory that this piece of Times Square was beset by potential peril. Just this past August, police responded to the scene when thousands of bees swarmed a hot dog stand on the corner of Broadway and West 43rd Street, causing the street to be closed as officers sucked the bees up with a special vacuum.