Arizona AG Mark Brnovich: Biden is undermining the rule of law at the border

A Border Patrol union turned to Twitter on Wednesday and blasted President Biden’s policies regarding the southern border of the U.S. and his refusal to visit the area.

"Joe Biden created this massive, chaotic mess at our border with his policies," Border Patrol Union – NBPC said on Twitter. "That is a straight up fact. And now he refuses to even look at the damage he’s done while he hides behind his slick WH propaganda team. This is not leadership, it’s cowardice."

The comment comes a day after Biden defended his decision to skip visiting the U.S.-Mexico border while in Arizona, saying, "There are more important things."

Biden has not visited the border during his presidency, despite an ongoing crisis with the number of illegal immigrants entering the U.S. from Mexico.

On Tuesday, White House officials even fired back at critics who attacked Biden for saying he had "more important things" to do.

ARIZONA SHERIFFS FIRE BACK AFTER BIDEN SCOFFS AT BORDER VISIT: 'SLAP IN THE FACE TO EVERY AMERICAN'

In a statement to Fox News Digital on Tuesday, a White House spokesperson said the president’s top priority is to invest in the American economy and in American communities, along with outcompeting China and bringing jobs back from overseas.

"Of course, the President is also taking action to secure our border and build a fair, orderly, and humane immigration system," the spokesman’s statement continued, adding that Biden has secured increased funding for the Department of Homeland Security. "President Biden is focused on real solutions, not political stunts. And if border security is such a top priority for Republican officials, voting against President Biden’s request for record funding for the Department of Homeland Security, as Representative [Chip] Roy did, is an odd way to show it."

In September, statistics showed there were 2,378,944 migrant encounters, which was the highest-ever recorded in a fiscal year. The figure does not include the 599,000 known "gotaways" reported by U.S. Customs and Border Protection (CBP) who evaded capture. 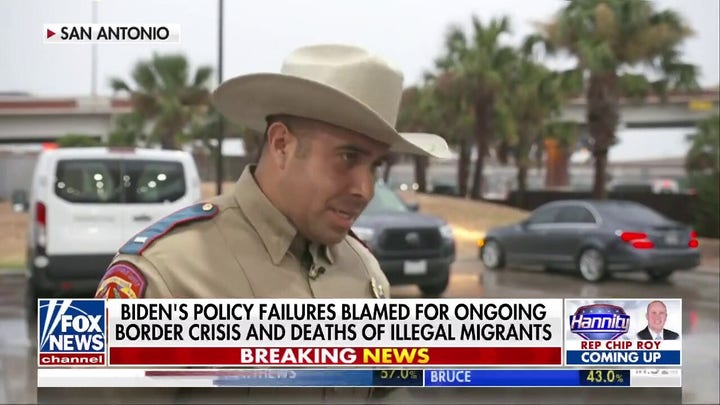