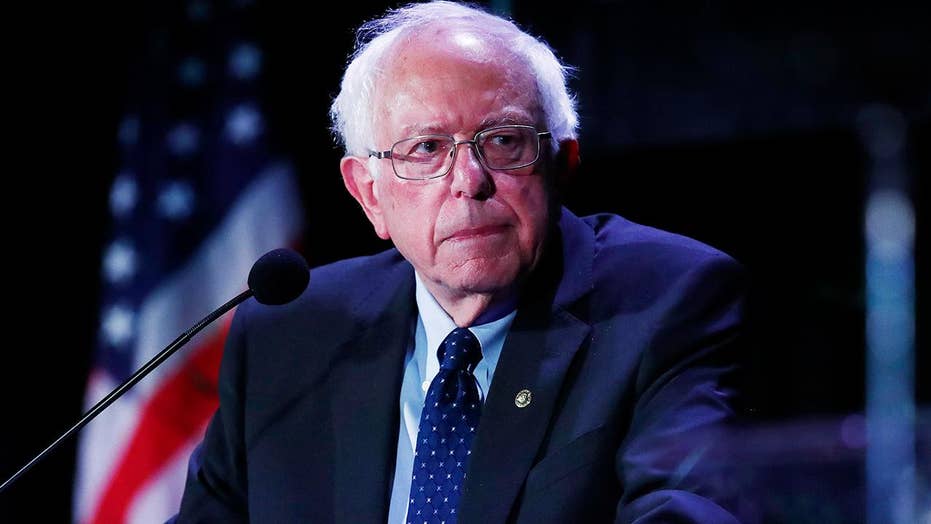 After President Trump has been able to get two Supreme Court picks – Neil Gorsuch and Brett Kavanaugh -- placed on the nation’s highest court during his first term, some Democrats have floated the idea of expanding the court beyond nine justices if a Democrat wins the White House in 2020.

But Sen. Bernie Sanders, a top contender for the party’s 2020 nomination, said during Thursday’s debate in Miami that he has a different idea.

“I do not believe in packing the court," Sanders said. "We’ve got a terrible 5-4 majority conservative court right now. But I do believe constitutionally we have the power to rotate judges to other courts and that brings in new blood into the Supreme Court and a majority I hope that will understand that a woman has a right to control her own body and that corporations cannot run the United States of America.”

Sanders was referring to the possibility that a majority-conservative court might ultimately overturn the 1973 Roe v. Wade decision that legalized abortion, and Democrats’ opposition to court rulings such as the 2010 “Citizens United” decision, in which the court ruled that the federal government could not impose limits on political ads by corporations, nonprofits, labor unions and other groups.

To underscore his point on abortion, Sanders said he would “never nominate any Supreme Court justice to the Supreme Court unless that justice is 100 percent clear he or she will defend Roe v. Wade.”

But Sanders’ rotation idea for the high court was quickly panned by many on social media.

“I think Sanders needs to go back and read the Constitution,” one Twitter user wrote.

Even Preet Bharara, the former U.S. attorney, scoffed at the plan.

Meanwhile, President Trump told the Hill earlier this week that he would “definitely” fill another Supreme Court vacancy if one opened up prior to the 2020 presidential election.

“We have the Senate. We have a great Senate,” the president told the Hill, referring to a Republican majority on the chamber of Congress that rules on Supreme Court nominees. “We have great people. If we could get him approved, I would definitely do it. ... If there were three days left [before the 2020 election], I’d put somebody up hoping that I could get ’em done in three days, OK?”