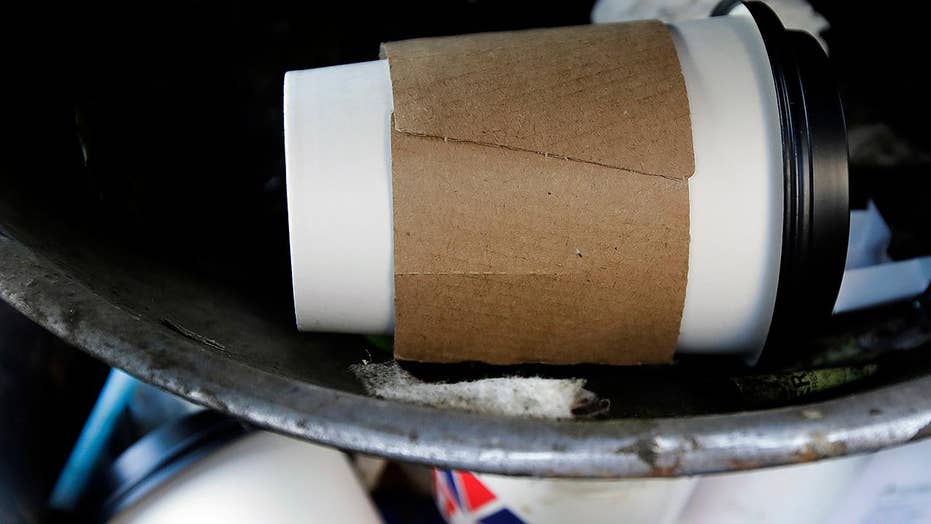 Beginning next year, restaurants and coffee shops in Berkeley, Calif., may have to implement a policy of BYOC.

The famously progressive university city's council voted unanimously Tuesday to approve a 25-cent fee on single-use cups in a bid to reduce restaurant waste. The ordinance also requires all dine-in plates and utensils to be reusable and takeout containers to be compostable by mid-2020. Other disposable items, like lids and stirrers, can be offered to customers only by request.

"With the collapse of the overseas recycling market and an influx of food- and beverage-related litter on our streets and in our waterways, waiting is no longer an option," said Berkeley Councilmember Sophie Hahn, who co-authored the ordinance with Mayor Jesse Arreguin. "Many Berkeley restaurants have already switched to compostable to-go ware and reusables for dining-in and we’re asking all food vendors to follow their visionary example. Recycling is no longer a solution – if we want to save the planet, it’s time to reduce, reuse and compost."

Hahn said the restaurants would keep all the proceeds from the fee, and it would be up to them to decide what to do with the extra money. But some restaurant owners have expressed concerns about the effect the fee would have on their business.

"The more we charge for a cup of coffee, the less people are going to be willing to go out and spend money on a cup of coffee," Max Harris of Saul's Restaurant and Diner told KTVU. Harris added that he supported the effort to reduce waste, but was worried about the effect on his already-thin profit margins. "In the end, I think that cost will be passed on to the consumer, who hopefully understands and is supportive of this initiative."

Stuart Baker, executive director of the Telegraph Business Improvement District, told The Associated Press that Berkeley's restaurants still have been adjusting to the city's move to increase the minimum wage to $15 per hour as of October.

"Everyone is excited about doing something about the environment — and then the food price goes up but the student doesn't make the connection and stops eating out and business goes down. That's a concern," said Baker, who added: "For this to be successful, people need to understand this will impact their pocketbook."

The cup fee is the latest bid by Berkeley to burnish its environmentally friendly credentials. Bans on plastic bags received support in the city of 120,000 long before California became the first state to impose a ban in 2014. The city also imposed a ban on plastic straws last year.