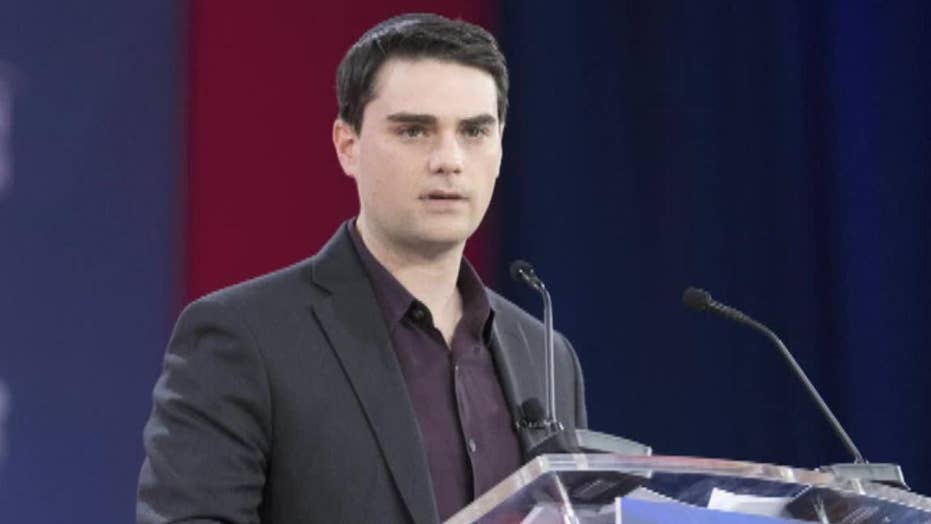 Ben Shapiro clashes with BU students ahead of campus speech

Ben Shapiro, editor-in-chief of The Daily Wire and host of 'The Ben Shapiro Show,' is scheduled to speak at Boston University Wednesday, but a minority student group is calling out the conservative commentator for the title of his speech. They says the title of his talk, 'America was not built on slavery, it was built on freedom,' has 'overwhelmed' and 'triggered' them.

Ben Shapiro responded to a minority group at Boston University who said they would be "overwhelmed" and "triggered" by his talk on campus.

Invited by the Young America's Foundation chapter on campus, the 35-year-old host of "The Ben Shapiro Show" is giving a speech Wednesday night titled "America was not built on slavery, it was built on freedom." Black BU, Boston University’s minority student group, has taken issue with the speech in an open letter to Shapiro.

"Abandoned, triggered, frustrated, disheartened, devalued, infuriated, overwhelmed, ignored, embarrassed of BU," the group wrote in part. "It's important to reject and refute language that emboldens the ideologies of white supremacy."

Ben Shapiro, the Daily Wire editor-in-chief and host of The Ben Shapiro Show, is set to speak at Boston University Wednesday with a minority group already saying the title of his talk has "overwhelmed" and "triggered" them. (Young America's Foundation)

The conservative commentator, who has repeatedly spoken out against and been a target of white supremacists, responded Tuesday.

"It's supremely typical of campus radicals to dismiss the content of a speech they haven't heard," Shapiro told The Daily Wire, for which he is editor-in-chief. "Suffice it to say, I have never and will never downplay the horrors or legacy of slavery...I look forward to all of us exercising our rights..."

Carley Shimkus, Fox News Headlines 24/7 reporter, said on "Fox & Friends First" Wednesday that this is just one example of college students saying, "I demand to be heard, but I'm not going to listen."

Shapiro's event has already been sold out with increased security at the BU Track & Tennis Center, which holds 1,500 people.