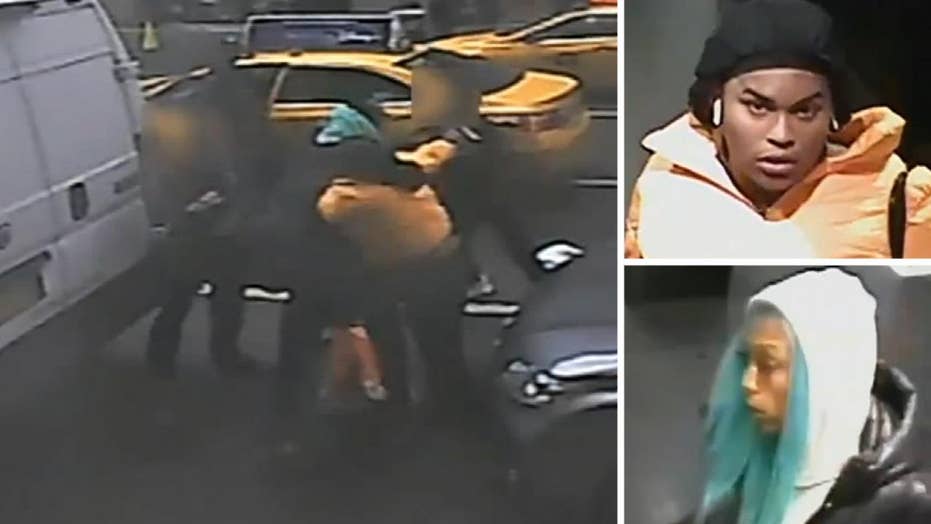 An incident involving two alleged shoplifters erupted into an all-out brawl on the streets of New York City last month, according to officials.

The New York Police Department said the incident happened at the Barneys store on Madison Avenue in Manhattan at 11 a.m. on Nov. 18.

Officials said one of the women was captured on the store's surveillance cameras putting the hat inside her bag and walking out with it. Asked to return the item, the woman refused, according to police.

When the two women were confronted by two workers outside on the sidewalk, a large fight erupted, spilling into the street.

The brawl erupted outside the Barneys on Madison Ave on Nov. 18, according to the NYPD. (NYPD Crimestoppers)

During the brawl, recorded on camera, the store workers were punched, bitten, and scratched before the pair eventually fled the scene, said the NYPD.

The stolen item was a Moncler winter hat valued at $392, according to WABC-TV.

Anyone with information in regard to the incident is asked to call the NYPD's Crime Stoppers Hotline at 1-800-577-TIPS, or submit tips by logging onto the CrimeStoppers website, or on Twitter @NYPDTips. Police said that all calls are strictly confidential.