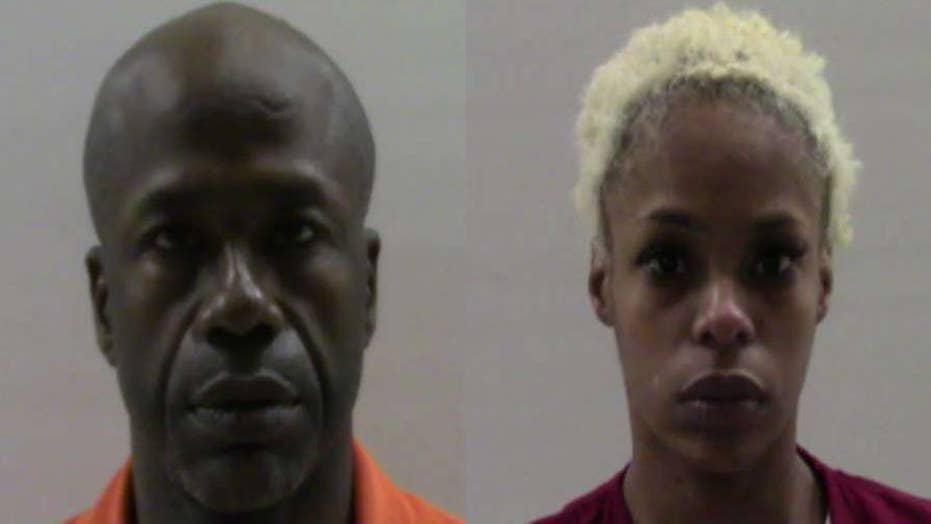 Police say they believe Jacquelyn Smith's death was a cold and calculated killing staged by her own family; Bryan Llenas reports.

A Baltimore man who blamed his wife's high-profile stabbing death on an anonymous panhandler -- until cops concluded the story was a scam and the husband was the killer -- is set to have his trial start Monday, weeks after his daughter admitted to helping him dispose of the murder weapon and try to flee to Mexico.

Keith Smith claimed his wife, 54-year-old Jacquelyn Smith, was fatally stabbed in December by an East Baltimore panhandler after Jacquelyn had just handed $10 to a female drifter who appeared to be holding a baby. Smith also claimed his 28-year-old daughter, Valeria, was in the car when the alleged attack took place.

After his wife died, Keith Smith gave numerous media interviews and lobbied Baltimore for legislation that would ban panhandling at city intersections, even saying he hoped to have the law named for his wife.

The 54-year-old mother’s death drew nationwide attention and even prompted a response from Oprah Winfrey, who said at the time of the incident she would “think twice” before giving panhandlers money.

But by March, police said they determined the charity-gone-wrong story was a lie, and the surviving Smiths had gone on the run. Both were ultimately arrested in Harlingen, Texas, near the Mexico border. Acting Baltimore Police Police Commissioner Michael Harrison said at the time the Smiths' timing at the border affected the timing of the arrest.

Keith Smith, right, and his daughter, Valeria Smith, were arrested in March near the U.S.-Mexico border in Harlingen, Texas, in connection with Jacquelyn Smith's death. (Baltimore Police Department))

"I can say that being notified that they were in Texas certainly added to the evidence we already had to convince us that it was not the homeless person, [and] probable cause existed that it was more than likely their involvement," Harrison told the Baltimore Sun at the time. "I think there's enough evidence to support that this still would have been the outcome."

Police believe that, at the time of her death, Jacquelyn Smith was about to divorce her husband of five years, and charging documents state a friend of Keith Smith told police that he asked his brother to “get rid of Jacquelyn."

Police also told Keith Smith in an interview that cell phone evidence showed he and his daughter had driven into a wooded parking lot the night his wife was killed. Immediately afterward, police said the pair moved to Florida.

Police also said there was no evidence the crime took place at the spot they described and no evidence of a panhandler.

Last month, Valeria Smith pleaded guilty to acting as an accessory after the fact in the slaying of her stepmother. She was initially charged with first-degree murder.

Jacquelyn Smith, 54, died in December after being stabbed. Her husband and stepdaughter were arrested and charged in her murder. (Baltimore PD)

It's not yet known if Valeria will testify against her father, according to FOX45.

"Jackie was an awesome woman. It's really sad," Jacquelyn’s friend, Michelle Kenney, told FOX45 at the time of her stepdaughter's plea. "It's heartbreaking the way she was taken from us."

The alleged panhandler crime attracted national attention and prompted many people to regard panhandlers warily. It also fueled additional concerns about Baltimore's violence.