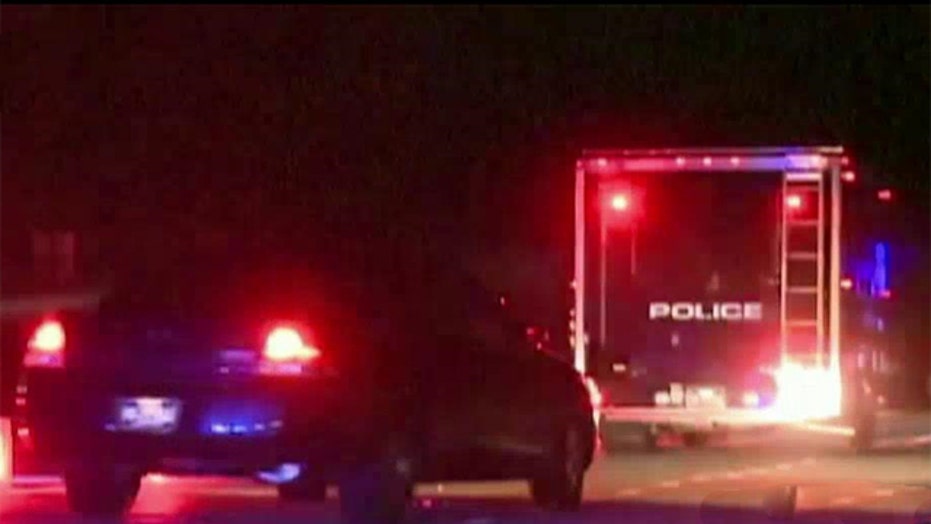 One officer dead, one wounded in 'targeted attack'

The gunman who ambushed two Pennsylvania state troopers late Friday night, killing one and injuring the other, is on the loose and dangerous, authorities said at a Saturday afternoon press conference.

The two troopers were ambushed outside a state police barracks in northeastern Pennsylvania during a late-night shift change.

One trooper was leaving the barracks in Blooming Grove, Pike County, and another was arriving when shots were fired at 10:50 p.m. Friday, State Police Commissioner Frank Noonan said.

Authorities identified the trooper killed as Bryon Dickson, which was first reported by The Times-Tribune. The other was injured and taken to Geisinger Medical Center in Scranton, where he was in stable condition after undergoing surgery.

He said the attack seemed to be directed at state police.

"This has been an emotional night for all of us," Noonan told reporters.

Law enforcement officials from across the region, including New York and New Jersey, descended on northeastern Pennsylvania to help with the search on foot and by helicopter. The Blooming Grove barracks is in a wooded area, surrounded by state game lands.

Noonan said police did not believe the general public was at risk, but they are asking everyone to be on the lookout for anything suspicious.

"People in the area can come and go freely but should be alert," he said.

Several roads around the barracks, including parts of Interstate 84, were closed Saturday morning. Blooming Grove is a township of about 4,000 people about 35 miles east of Scranton.

Trooper Adam Reed, a state police spokesman, said the Blooming Grove barracks covers most of Pike County, which runs along the Delaware River and borders New Jersey and New York.

"There's a lot of rural area up where they patrol," he said. "As the primary police force in the county, they're going to respond to anything and everything."

Gov. Tom Corbett said he was praying for the slain trooper's family as well as the injured colleague.

"Every attack on an officer of the law is an attack on our state, our country and civilized society," Corbett said in a statement.

"The incident in Blooming Grove shows, once again, that our first responders face constant danger in order that the rest of us may live in peace and safety."