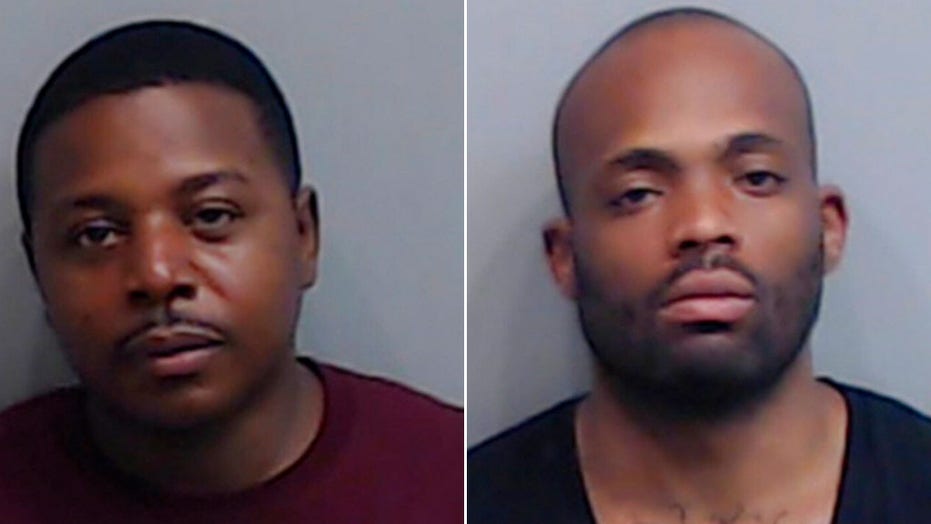 Two more Atlanta police officers were fired Wednesday in connection with an incident in which two college students were pulled from a car during protests against police brutality.

Body camera footage shows several police officers confronting Messiah Young, 22, and Taniyah Pilgrim, 20, who were in a car. The couple were in downtown Atlanta during the second night of protests over the death of George Floyd.

The video showed the officers shouting at the students, using a Taser at them and dragging them from the vehicle, authorities said.

Armon Jones was fired from the Atlanta Police Department Wednesday for his role during an encounter with two college students last month.<br> ​​​​​(Fulton County Sheriff’s Office via AP)

Throughout the confrontation, the couple can be heard screaming and asking what they did wrong. Young, a senior at Morehouse College, was arrested and charged with eluding police. Atlanta Mayor Keisha Lance Bottoms ordered the charges dropped.

Pilgram, a student at Spelman College, was released the same night with no charges.

Two other officers involved were fired days after the incident. However, Investigator Ivory Streeter and Investigator Mark Gardner have filed a lawsuit against the city, Bottoms and Police Chief Erika Shields alleging a violation of their due process rights.

Both men are charged with aggravated assault for using their Tasers on the couple. Two other officers involved -- Willie Sauls and Roland Claud -- have been placed on administrative leave and face criminal charges.