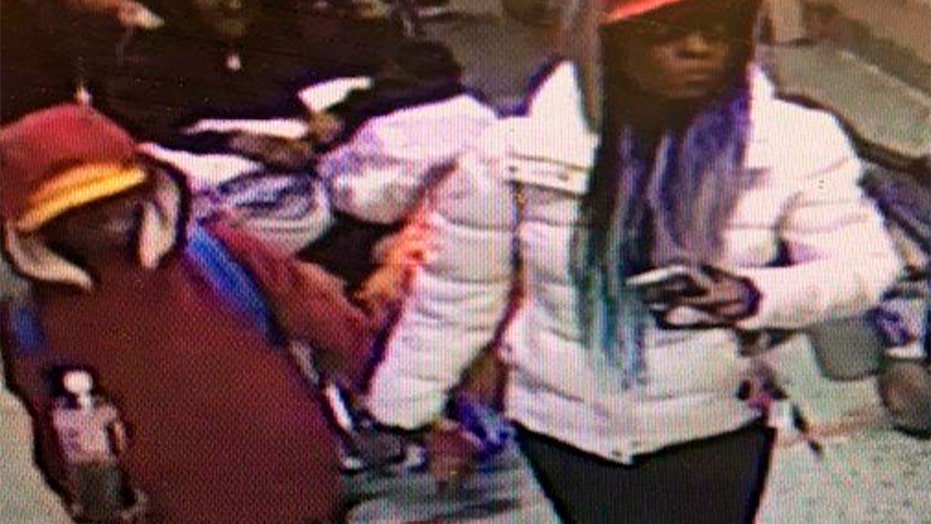 An Atlanta mother who was arrested Wednesday after her special needs teenager was found abandoned at a downtown hospital last week told investigators that she had been “overwhelmed caring for her son,” police say.

Diana Elliott, 37, was taken into custody at a local hotel where she had been staying with three other children. She has been charged with cruelty to children, and all four minors are now being cared for by Georgia’s Division of Family and Children Services.

“It's rare that you see somebody older than a newborn being abandoned – it’s very rare," Atlanta police spokesman Carlos Campos said following her arrest.

Surveillance video showed a woman escorting the teenager into Grady Memorial Hospital on the night of Dec. 4, and then leaving alone in a red minivan. The 14-year-old boy was later found outside --cold, confused and unable to say who he was.

“It was fortunate there was a nurse at Grady hospital, who was on her break, who went outside, and happened to notice this young man outside, and it wasn’t right, and that he needed help and shouldn't have been left like that,” police Lt. Jeff Baxter said.

Georgia's “Safe Haven” law allows mothers to leave newborns at hospitals, fire stations, police stations and sheriff's offices without facing prosecution, the Associated Press says, but they must do so within 30 days of the child's birth.

Elliott, who was booked into the Fulton County Jail on the felony child cruelty charge Wednesday morning, is expected to appear before a judge Thursday.

“[She] indicated that she was overwhelmed caring for her son in addition to the other three juveniles and decided to leave him at the hospital,” police said in a statement to The Atlanta Journal-Constitution.

Investigators had pleaded for information from the public to help identify the child, whom they described as non-verbal, with a diminished mental capacity and unable to answer questions.

Tips eventually led them to Elliott on Wednesday.

“Our message is that we definitely understand that parents can feel overwhelmed by special needs children – that’s something that everyone can empathize with," Campos said. “But leaving them unattended is not the proper solution. The child was found outside, cold and hungry, and that’s just not an appropriate way to deal with something like this."