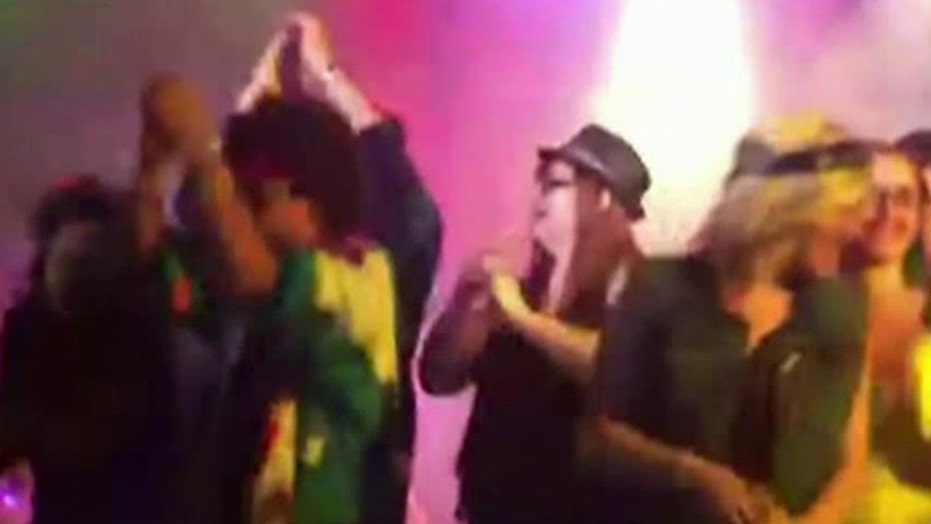 At least 12 students hurt in fall

At least 12 people were injured, at least one critically, when a stage collapsed during a student performance at a high school in central Indiana late Thursday, authorities said.

No fatalities were reported following the collapse of the stage at Westfield High School, Capt. Charles Hollowell of the Westfield Police Department told the Associated Press. Hollowell added that he did not have further information about the extent of anyone's injuries. The captain told The Indianapolis Star that a critically injured student had been taken to St. Vincent Hospital in Indianapolis.

WTHR, citing a Westfield police spokesman reported that five other people were seriously injured, while an unknown number of people suffered minor injuries. The station reported that some of the injuries included concussions and lacerations, as well as possible sprains and broken bones.

"We have some seriously injured people," Westfield Fire Chief Joe Lyons told The Star. "Not one hospital is going to be able to handle this many patients." Lyons said that several ambulances had responded to the scene, but he didn't anticipate that anyone would need to be airlifted.

Hollowell said the injured were taken to at least three local hospitals.

WTHR reported that the stage gave way occurred during the finale of a rock concert called "American Pie." Over two dozen students were dancing on the stage when the collapse dropped them into the orchestra pit.

Cameron Snyder, 18, a senior at Westfield, was watching the show. He said that when the stage collapsed, a mass of people ran toward it, trying to help their loved ones.

"I was just in a state of shock," Snyder said.

Blake Rice, an 18-year-old senior at the school about 20 miles north of Indianapolis, said he was playing guitar in the performance, a tribute to '80s music.

As the last song began, Rice said he took a step back to allow more students onto the stage. He saw the stage collapse but did not fall through.

"At first, it didn't seem real. It didn't really register with me what happened," Rice said.

Rice said people in the audience immediately ran toward the stage and began pulling debris off students. Auditorium staff pulled people out of the pit, he said.

"I realized how lucky I was," Rice said. "Another 3 seconds and that could have been me."

Chris Baldwin, who works in human resources for the high school, told the AP that classes would take place as scheduled Friday.

The incident evoked memories of a 2011 stage collapse at the Indiana Stage Fair that killed seven people and injured nearly 100. High winds toppled rigging and sent the stage roof onto fans awaiting the start of a concert by the country duo Sugarland.