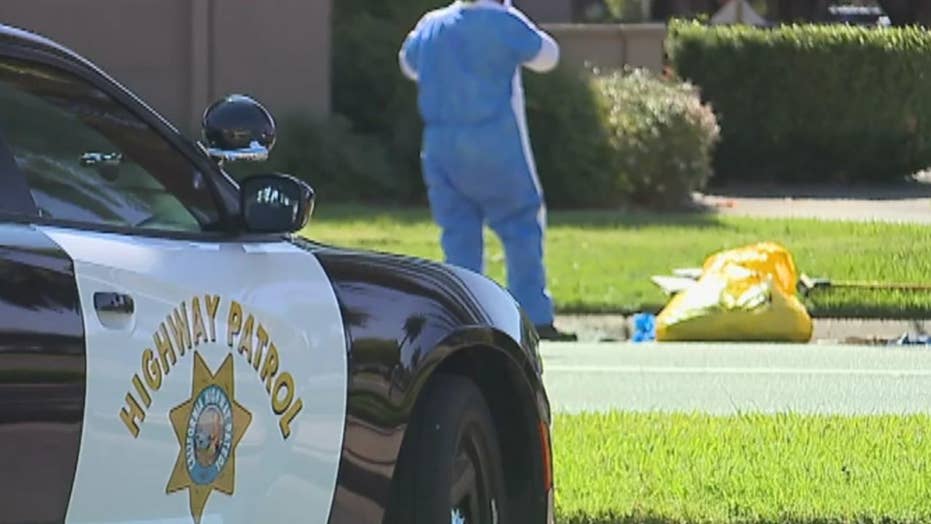 73-year-old succumbs to fatal injuries after being hit by a racing pick-up truck in McClellan Park. The man was able to push his wife out of the intersection to safety. California Highway Patrol is investigating the hit and run incident.

An Army veteran was killed in a hit-and-run crash in northern California on Tuesday morning after pushing his wife out of the way of the oncoming vehicle, according to officials.

A 73-year-old man and his wife were walking to a dentist appointment and crossing the street in an area without a pedestrian crosswalk when they came into contact with the truck.

"He saw the vehicle coming and pushed her out of the way," CHP Officer Mike Zerfas told FOX40.

Officials said the man was able to push his wife to safety but took the full impact of the crash. Medical staff nearby performed CPR on the man, but he was pronounced dead at the scene as his wife looked on.

"Law enforcement chaplaincy was out here and they were with her for quite a while," Zerfas told FOX40.

Watch: A woman and two children were nearly struck by a car as the vehicle plowed into an outdoor eating space in front of the Villa Corona restaurant in Napa, California.

The driver fled the scene immediately after the crash, according to officials. The vehicle involved was described as a pickup truck that may have been gray.

"There's sunlight out, traffic's moderate, there's really no obstructions and judging by the debris field, he had to be aware that he hit something,"  Zerfas said.

Officials have not identified the 73-year-old man, only describing him as an Army veteran.

"Probably served in Vietnam like I did and then he dies in a freak accident like this from somebody disobeying the law," Air Force veteran John Williams told FOX40. "Sad."

Additional details about the deadly crash have not yet been released by police. Many who work and live in the area said the stretch of roadway where the deadly crash took place does not have crosswalks, which help to alert drivers to be aware of pedestrians.

Others echoed calls for changes to be made at the intersection.

"Area's like a damn racetrack," Cassandra Flemister, who works in the area, said Tuesday. "Something needs to be done. It really does."