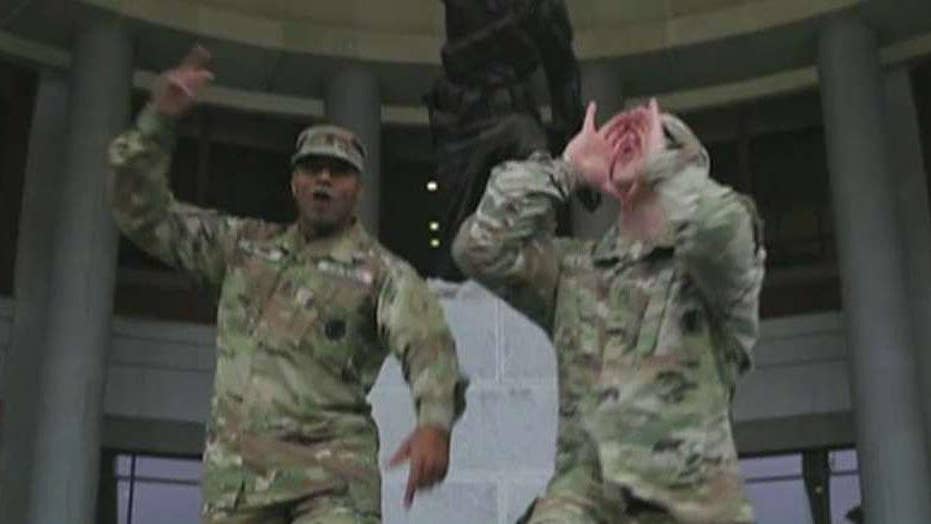 Rap has become the music of modern young men and women, and now the Army is using the popular art form to recruit new enlistees.

The Army reported that Sgts. 1st Class Arlondo Sutton and Jason Brenner Locke, who are assigned to the Atlanta and Houston recruiting battalions, respectively, made the track, called “Giving All I Got.”

Its hook: “Giving all I got. I’m never going to stop. Army changed my life. Gave me a new clock.”

The video, filmed in and around Atlanta, shows young potentials the many Army career fields that exist, such as military working dogs, infantry, snipers, and the Maneuver Center of Excellence Band.

Military recruiters have struggled to compete in a growing U.S. economy, with low unemployment rates, and private companies paying more to graduating seniors. Only about 30 percent of 17- to 24-year-olds meet the physical, mental and moral requirements for the military, and only one in eight is interested in serving, according to the Associated Press.

The Army also is dealing with young people who aren’t combat-ready.

Commanders have complained in recent years that the soldiers they get out of basic training aren’t fit enough. Nearly half of the commanders surveyed last year said new troops coming into their units could not meet the physical demands of combat. Officials also say about 12 percent of soldiers at any one time cannot deploy because of injuries, according to the Associated Press.

After missing its recruiting goal last year for the first time since 2005, the Army decided to cross the American divide of red military country and blue civilian country — going to 22 left-leaning cities for new enlistees.

Recruitment usually ventures into the red states from Virginia through the South to Texas, where young Americans enlist at numbers two to three times greater than in other regions.

Within big blue metropolitan areas of the Northeast, Midwest and West Coast, young Americans are less likely to have military family, friends and mentors and therefore don’t enlist.

The rap video is another tactic to get young Americans interested in serving their country.

Sutton, of Norfolk, Virginia, said he made rap songs to relax while deployed in Iraq.

He and Locke, of Houston, both said they joined the Army to make their lives productive and meaningful after rough childhoods.

Locke, who also served in Iraq, said: “It doesn’t matter where I was at. What matters is what the Army did for me and where I’m going now.”