A New Mexico man belonging to a militia group accused of detaining migrants along the U.S.-Mexico border at gunpoint was arrested Saturday on charges of firearms possession by a felon, authorities said.

Larry Mitchell Hopkins, 69, was arrested in the border community of Sunland Park with the help of local authorities, the FBI said in a statement. Hopkins was a member of the group holding migrants in the area, New Mexico Attorney General Hector Balderas said in a separate statement.

Hopkins "is a dangerous felon who should not have weapons around children and families. Today's arrest by the FBI indicates clearly that the rule of law should be in the hands of trained law enforcement officials, not armed vigilantes," Balderas said. 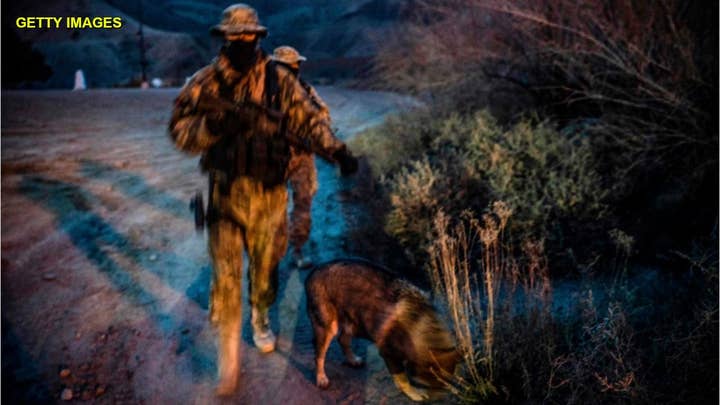 The group’s objective is to monitor the border until President Trump fulfills his campaign promise of a border wall or until Congress enacts stronger legislation to make it more difficult for migrants to request asylum, spokesman Jim Benvie told the Times in a phone interview on Thursday.

Benvie said in a video that the group's members were assisting a "stressed and overstrained Border Patrol" and said the group is legally armed for self-defense and never points guns at migrants. The posted videos do not show them with firearms drawn. 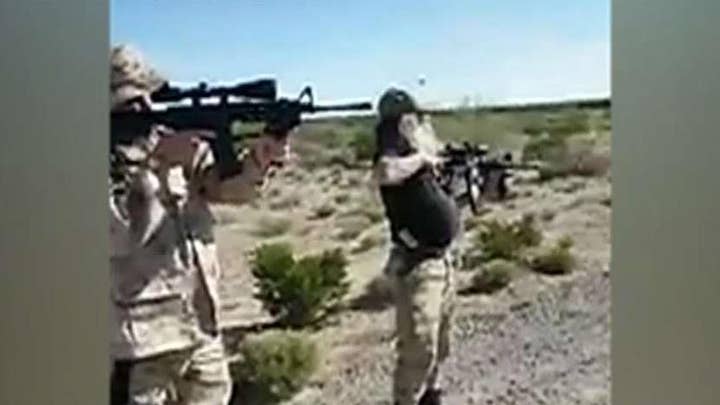 Customs and Border Protection said on Twitter Friday that it “does not endorse or condone private groups or organizations that take enforcement matters into their own hands. Interference by civilians in law enforcement matters could have public safety and legal consequences for all parties involved."

Armed civilian groups have been a fixture on the border for years, especially when large numbers of migrants come. But, unlike previous times, many of the migrants crossing now are children. Last month, families and unaccompanied children made up 86 percent of arrests in the El Paso sector.

Little information has been released on Hopkins’ background. The FBI said he is from Flora Vista, a rural community in northern New Mexico and approximately 353 miles north of Sunland Park, which is a suburb of El Paso, Texas. The Times and other media outlets have named Hopkins as the group’s leader.

FBI spokesman Frank Fisher told The Associated Press that no additional information would be released until after Hopkins’ appearance in federal court on Monday.

Hopkins’ was booked into the Dona Ana County Detention Center in Las Cruces.