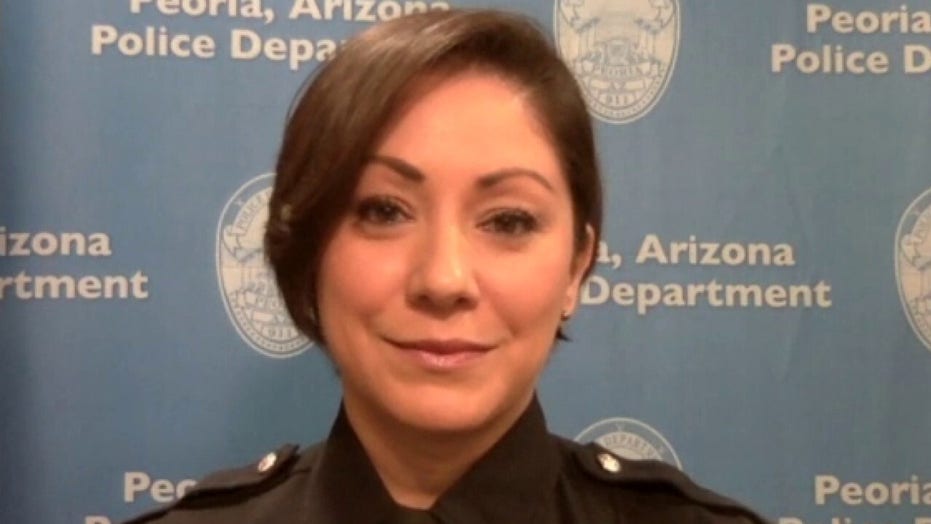 Officer Shelly Montes of the Peoria, Arizona police department on her act of patriotism and kindness.

Footage of a Peoria, Arizona police officer returning a run-away American flag has gone viral, and the officer and Air Force veteran herself, Shelly Montes, told “Fox & Friends Weekend” it was an act of honor.

“It's a sense of honor for me as a military veteran,” she said. “It’s a pride thing for me. “Seeing the flag on the floor is painful.”

The wind blew the flag from its post where Montes, patrolling neighborhoods overnight, found it, rolled it up and put it on a patio chair next to the owner’s doorstep. Montes said this incident happens “quite often” during monsoon season.

During a time of hostility against law enforcement, Montes proposed that officers still remain patriotic with small gestures like saving flags.

Montes said she didn’t know cameras were recording her act of kindness and only found out later through Facebook. She said she has yet to meet the flag’s owner.