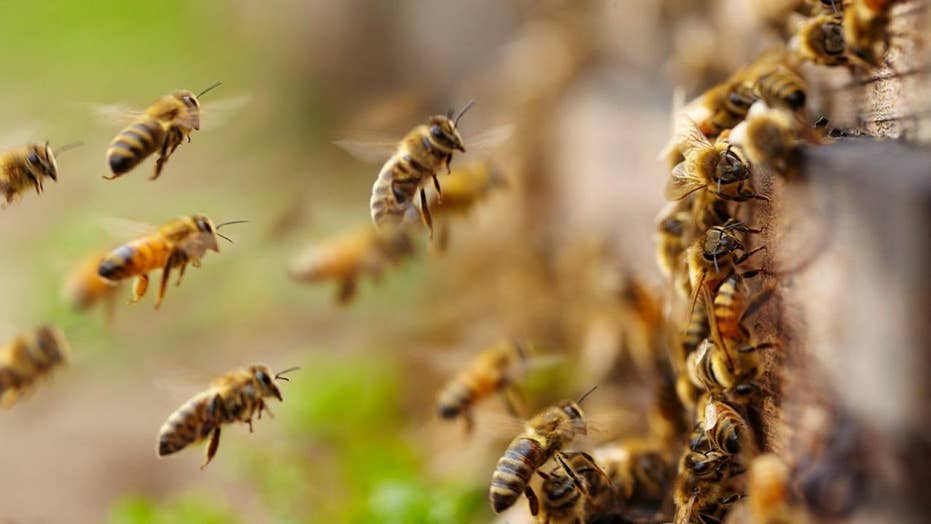 Police: A man was killed at his home after being attacked by a swarm of bees in Arizona

Police: A man was killed at his home after being attacked by a swarm of bees in Arizona

An Arizona man died Sunday after being attacked by a swarm of bees at his home, officials said.

The incident happened just before 6:30 p.m. when authorities received a report a man was being stung by multiple bees at his home in Yuma, the Yuma County Sheriff's Office wrote in a Facebook post.

The man, identified as 51-year-old Epigmenio Gonzalez, was attempting to remove a beehive from a couch in his backyard when the insects "became agitated," and started to sting him.

"The victim then ran to his front yard where he was located by Deputies and Rural Metro covered with bees," the sheriff’s office said.

BEEKEEPER'S WARM-WEATHER WARNING: ‘DO NOT BE FRIGHTENED’ OF SWARMING HONEYBEES

Officials had to spray the Gonzalez with water in order to scatter the bees and allow first responders to be able to remove him from the scene.

A man was killed after being attacked by a swarm of bees in Arizona on Sunday, according to police. (iStock)

Gonzalez was transported to Yuma Regional Medical Center, where he was pronounced dead.

A woman at the home also sustained multiple stings and had to be transported to the hospital. Her condition has not yet been released by officials.

The sheriff's office said that in addition to the man and woman, several deputies and Rural Metro personnel were also stung by bees. None, however, required medical attention, according to police.