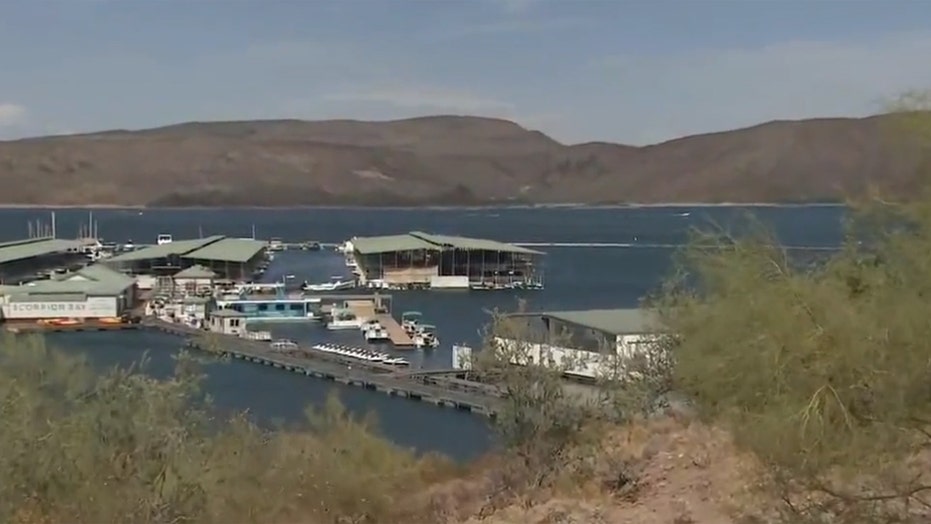 Two brothers have died and a girlfriend of one was left with burn marks after a possible electrocution at a lake in Arizona, officials and family members revealed Monday.

The Maricopa County Sheriff's Office said at a news conference that 53-year-old Timothy Miller and his brother, 50-year-old Michael Miller, were out with their girlfriend and wife on a boat over the weekend at Lake Pleasant, located north of Phoenix.

Around 6:30 p.m. on Sunday when the boat was docked at the Scorpion Bay Marina, Timothy jumped into the water "for an unknown reason" and experienced what is believed to be some type of electrical current in the water, according to Sgt. Joaquin Enriquez.

"This is a complex case because not only are we dealing with the issue of the drowning but we're dealing possible electrical current, it's what's being described by the witnesses on scene who were in the water," he said.

Timothy's brother noticed him in distress and jumped in the water only to also begin to experience the symptoms of a "possible electrical current," according to the sheriff's office.

Timothy's girlfriend then also jumped in to help Michael, but she started experiencing the same symptoms.

As the 53-year-old went under water, bystanders pulled Michael and the girlfriend out. The deputy sheriff later arrived at the scene.

Michael was transported to an area hospital, where he later was pronounced dead. Timothy's body was located by a dive team under a deck during the early morning hours on Monday.

The incident happened at at Scorpion Bay on Lake Pleasant, located north of Phoenix. (iStock)

"At this time, we don't have any information to lead us to 100 percent say that that's the cause, but we have found evidence that there may be an electrical issue that contributed as a factor to the drownings," Enriquez said Monday.

The brothers had been members of the marina for one month, according to FOX10.

Two brothers died after an incident at a lake in Arizona on Sunday night after a possible electrocution incident, according to officials. (Lake Pleasant Regional Park)

Enriquez said the sheriff's office is now doing testing, and examining the boats and dock areas at the marina as part of their investigation. The boat the brothers were using is also being looked at, even though no issues were reported the day before the deadly incident.

"Our primary goal right is to figure out what happened," he said.

Enriquez added that the woman who was pulled from the water is recovering with non life-threatening injuries.

Tanya Gaitan, the sister of Timothy’s girlfriend, told ABC15 the group was at the lake for a birthday celebration when the deadly incident unfolded.

“She was screaming for help and she stuck her toe in the water,” she told the television station. “She has burn marks on her feet and legs and thank God that’s it but she’s devastated for losing both of them.“

The official cause of death will be determined by the Medical Examiner's Office.