Rep. Alexandria Ocaso-Cortez, D-N.Y., accused people of creating "drama" over the term "Latinx," a word that Hispanics have overwhelmingly rejected.

"I want to have a note on gender inclusivity in Spanish language," Ocasio-Cortez said in a video posted to Instagram. "People sometimes like to make a lot of drama over the term Latinx."

She went on to explain that before Latinx, people were attempting to be inclusive by coining the term "Latin@," and argued that the drama over which inclusive term to use was unnecessary.

"Gender is fluid, language is fluid," Ocasio-Cortez said, noting that sometimes people use an "e" at the end to spell "Latine" in an effort to "be as inclusive as possible."

"Don't have to make drama," the New York lawmaker advised her followers.

But Latinos themselves have roundly rejected the attempt at being inclusive, with one 2021 poll finding only 2% of Hispanic voters use the term. The term "Hispanic" led the way among those voters, with 68% saying they prefer it. Latino/Latina came in at 21%, while "something else" garnered 8% support.

Perhaps more troubling for Democrats who have insisted on pushing the term, the poll found that 40% of respondents said the term "Latinx" bothers them and 30% indicated they would be less likely to support a politician who used the term.

"That’s the irony of ‘Latinx’ — it’s supposed to be inclusive but erases a crucial part of Latin American identity and language, and replaces it with an English word,’’ read a Miami Herald editorial reacting to the poll at the time.

Ocasio-Cortez's comments also come at a time when Hispanic voters, who have traditionally supported Democrats, have been drifting away from the party in recent years.

According to an NPR Marist poll released last month, 52% of Hispanic voters said that they would prefer a Republican candidate in the November midterms.

Wayne Hamilton, who runs Project Red Texas, told Fox News Digital at the time that Democrats have begun to take the Hispanic vote for granted. 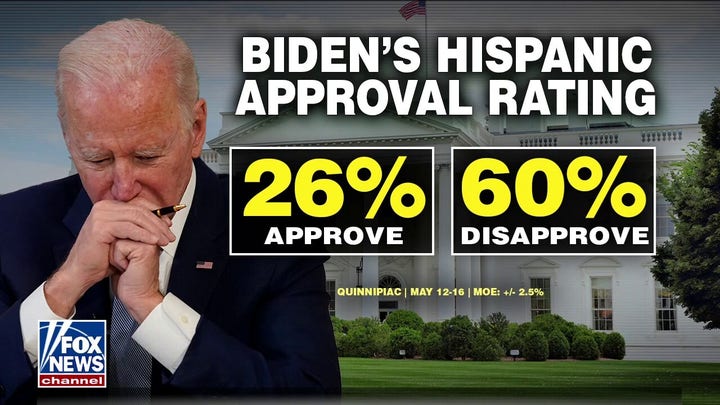 "South Texas is as diverse of a place as you could imagine and going around saying that because someone has a Hispanic surname that they're a Democrat, like most people outside of Texas and most in the media do is just blatantly racist," Hamilton said. "Hispanics are individuals. They think for themselves."