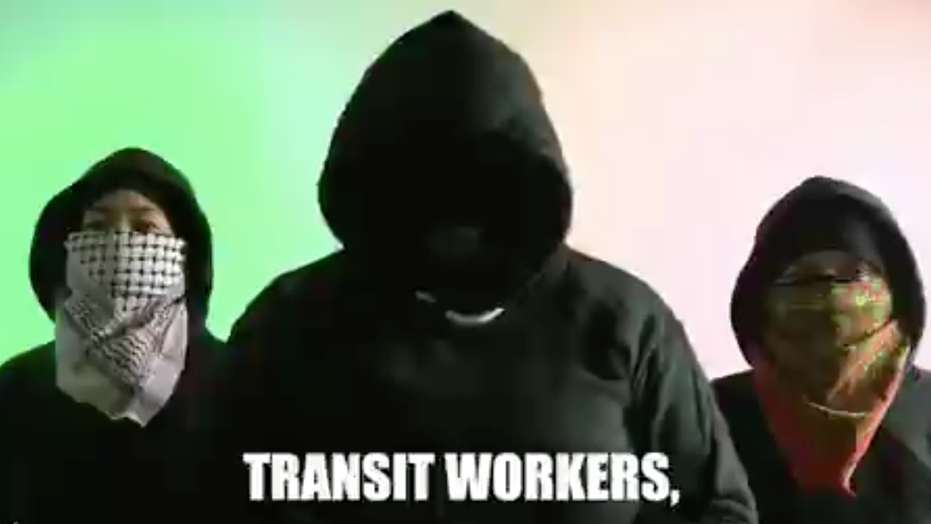 Police in New York are increasing their presence in subways Friday after members of the far-left Antifa movement called for a mass protest against law enforcement and transit fares.

JOURNALIST ATTACKED BY ANTIFA DESCRIVES HALLOWEEN INCIDENT AT HIS HOME: ‘IT LOOKED LIKE SOMETHING OUT OF THE PURGE’

“This is [the] true endgame of the anti-police movement, an end of all policing & destruction of public order,” the group said in a tweet. “Our members have spent their careers -- and in some cases given their lives -- to bring public safety back to NYC. We can't go backwards.”

Days earlier, an Antifa-backed social media account shared a video of three masked individuals accompanied by a tweet that read: “The streets are ours. The trains our ours. The walls are ours. This moment is ours.”

The minute-long video showing individuals vandalizing public property and jumping subway turnstiles, calls for supporters of the group to “meet up” and rally against law enforcement and transit fares.

“We encourage you to link up with your friends, your family, and think of the ways you can move in affinity to build and f--- s--- up on J31 all day long,” an unidentified individual said, referencing Friday’s date.

A Facebook group run by the same account shared an event that argued that the addition of 500 more MTA police officers is “a declaration of war against our communities.”

“That money should not be invested in the harassing and brutalizing of Black and brown folks. It should go toward making the MTA free, well maintained, and accessible to all.”

The group continued that it would use a “diversity of tactics” to have their demands met. These demands include eliminating police presence from the subways, free transit, ending the harassment of “vendors and performers” and “full accessibility for people of varying abilities.”

A spokesperson with the NYPD told Fox News in an email Friday morning that it “is aware of the demonstration and will have an adequate police presence in place.”