The FBI is investigating a supposed radical far-left Antifa plot to “stage an armed rebellion” and “disrupt U.S. law enforcement and military security operations at the US/Mexican border.”

Word of the probe comes after years of the FBI putting greater emphasis on the threat of Antifa activities, with bureau Director Christopher Wray saying the agency is looking into the ideology and individuals associated with the movement.

But according to a December FBI document obtained by the San Diego Union-Tribune, the agency is now tackling actual alleged plots of possible criminal activities that would affect U.S. homeland security.

The FBI report, which wasn’t posted online because the matter is still active, alleged that the anti-fascist activists were looking into buying firearms from a “Mexico-based cartel associate known as Cobra Commander” that would be used to “stage an armed rebellion at the border.” 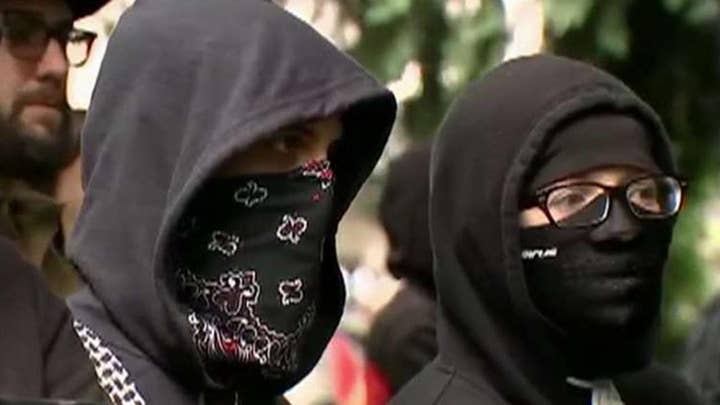 It also warns that the Antifa activists “planned to disrupt U.S. law enforcement and military security operations at the US/Mexican border.”

The document reportedly was shared with multiple federal agencies, including the Department of Homeland Security, U.S. Customs and Border Protection, the CIA and the National Security Administration.

“This is an information report, not finally evaluated intelligence,” the six-page report states, according to the newspaper. “Receiving agencies are requested not to take action based on this raw reporting without prior coordination with the FBI.”

But two individuals named in the report, Cobra Commander Ivan Riebeling and Evan Duke, say that the alleged plot was unlikely and doesn’t make much sense.

“It doesn’t make any sense that someone in the United States would purchase guns in Mexico,” Riebeling told the Tribune.

“And the Hondurans certainly didn’t bring money to buy guns. It doesn’t make any sense; in fact it’s extremely absurd to say the Hondurans wanted to attack the United States at the border.”