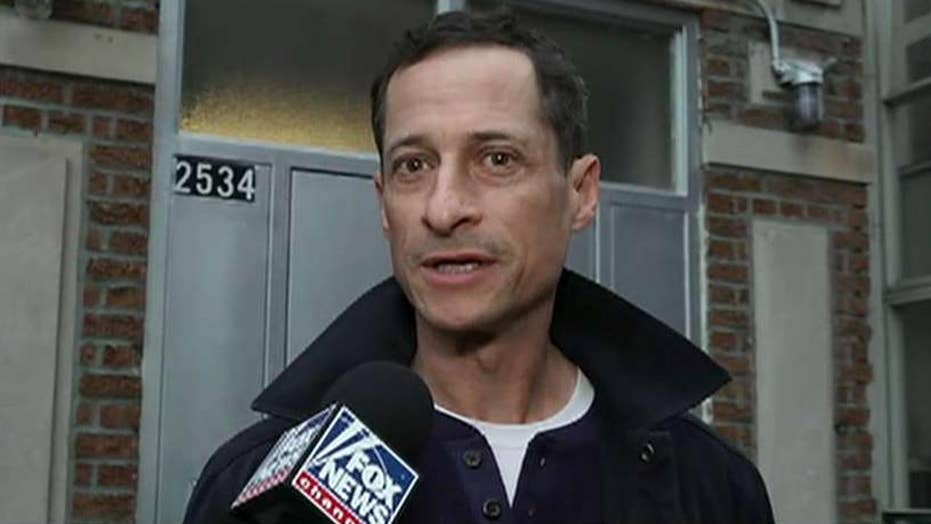 The disgraced former congressman tells Fox News he's glad to be getting back to his family and start a new chapter in his life.

Anthony Weiner, the disgraced former New York congressman and estranged husband of a top Hillary Clinton aide, was released Tuesday from the halfway house where he'd been serving time for sexting a 15-year-old girl.

Speaking to Fox News in the Bronx, Weiner said it feels "good to be out," and said he hopes to spend time with his family "and make up for some lost time."

"I feel like I am glad to be getting back to my family," said Weiner, who's married to Huma Abedin, a prominent Clinton confidante and aide. "I hope to be able to live a life of integrity and service. And I'm glad this chapter of my life is behind me."

Weiner, 54, was sentenced to 21 months in prison in September 2017 after he pleaded guilty to sending sexually explicit text messages to a teenage girl across state lines.

“Anthony Weiner, a former Congressman and candidate for Mayor, asked a girl who he knew to be 15 years old to display her naked body and engage in sexually explicit behavior for him online,” then-acting Manhattan U.S. Attorney Joon H. Kim said in a statement at the time. “Today, Anthony Weiner received a just sentence that was appropriate for his crime.”

Weiner was released from prison in Massachusetts in February as part of a federal re-entry program and served the remainder of his sentence in a halfway house. In April, a New York City judge ordered him to register as a Level 1 sex offender, meaning he's thought to have a low risk of reoffending.