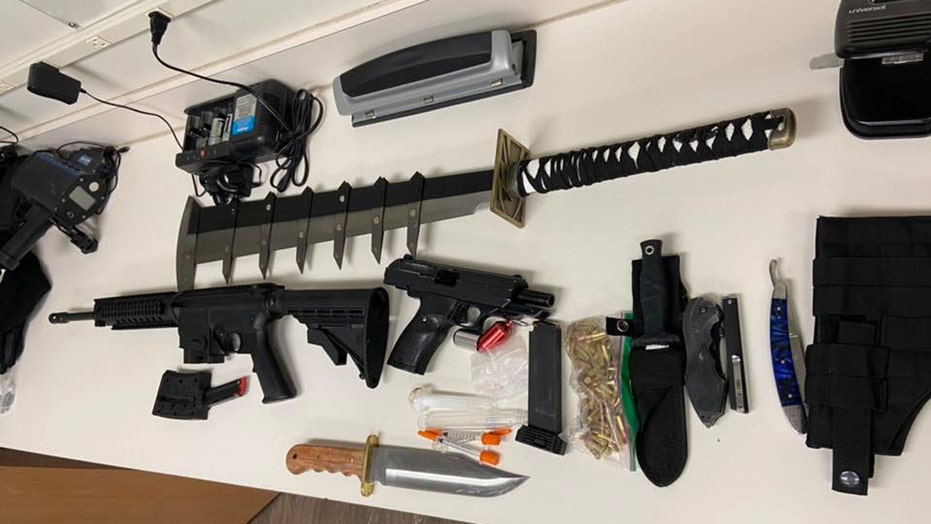 A Michigan police department has announced the seizure of the “Ancient Sword of the Meth King.”

The Bath Township Police Department posted a photo of the toothed blade last week on Facebook.

“In the early morning of Jan 27, officers conducted a traffic stop on a vehicle,” it wrote. “A subsequent search located a very odd combination of illegally possessed weapons as well as methamphetamine.”

A  traffic stop in Michigan led to the seizure of a weapons cache including the "Ancient Sword of the Meth King."  (Bath Township Police Department)

They tagged the seizure a “new high point,” “Lord of the Rings meets John Wick” and “Ancient Sword of the Meth King.”

Commenters saw the humor in the post, Global News reported.

“Did you get that sword off an anime character?” one commenter wanted to know, according to the Canadian news outlet.

The comments included some from those who said the weapon was actually a replica from a Japanese anime called "Bleach."

The weapon belongs to a character named Renji Abarai.