An American Navy veteran has been held in an Iranian prison on unspecified charges since late July.

Michael R. White, 46, was detained in Iran after visiting his Iranian girlfriend, his mother told the New York Times on Monday.

Joanne White said her son was scheduled to return to the U.S. from Iran through Dubai in the United Arab Emirates on July 27, but her son never boarder his flight.

"All I know is that he is alive and they were putting in a request for a consular visit by the Swiss."

“All I know is that he is alive and they were putting in a request for a consular visit by the Swiss,” she told the newspaper. The Swiss Embassy in Iran represents the U.S., as the formal U.S.-Iranian diplomatic relations ceased about 40 years ago following the hostage crisis.

The detention of an American veteran is likely to escalate the hostile relationship between Washington and Tehran, particularly after the Trump administration imposed tough economic sanctions on the regime and ripped the nuclear agreement.

According to the Times, there are at least three other Americans currently being detained in Iran. Two of them are of Iranian descent while the other American citizens have been missing in Iran for over a decade. 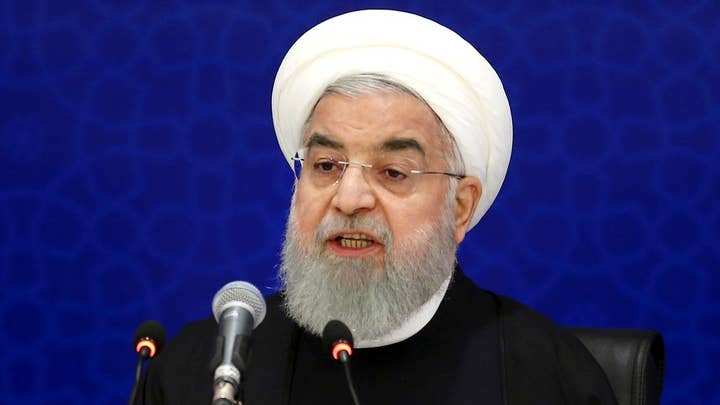 White’s mother said her son visited the country “five or six times” to meet his girlfriend. She said she does not know the charges he's facing. She noted that her son has undergone chemotherapy and radiation treatment for a neck tumor and is suffering from asthma.

White’s detention was first reported by Iranwire, a news outlet run by Iranian expats. They published several Instagram pictures of the veteran together with his girlfriend, whose identity remains unknown.

The Iranian-run outlet based its report on a former Iranian prisoner who said he met the American in Vakilabad Prison in the city of Mashhad back in October last year.

The last time prisoners were released by the Iranian regime was after the nuclear accord took effect in 2016.