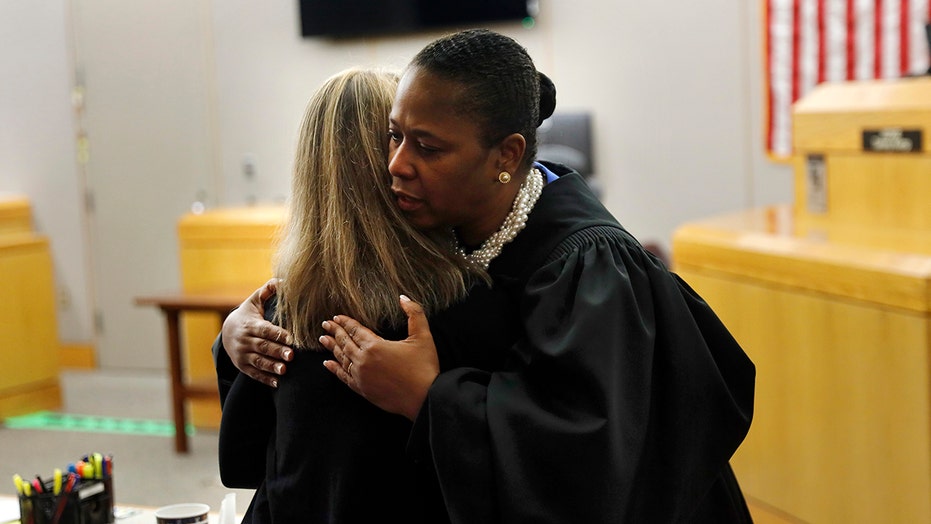 A Texas judge defended her actions Monday after she came under fire from an atheist group for hugging and handing a Bible to a former Dallas police officer convicted last week of murdering her neighbor.

Dallas County Judge Tammy Kemp, who received a complaint from the Freedom From Religion Foundation, addressed the criticism after showing "love and compassion" to Amber Guyger following her 10-year prison sentence for murdering Botham Jean.

When Kemp approached Guyger, the ex-cop reportedly requested a hug twice, which led to the exchange that the Wisconsin-based atheist group complained about.

So the judge grabbed one for her.

"I saw someone who was really, really hurting deeply. And if a hug was going to help her, I had to extend love and compassion to her," she said.

Prior to her hug, although Kemp knew it was against Sheriff Brown's policies, she allowed Botham's brother, Brandt, to hug Guyger after he asked the judge.

"I just could not refuse him," Kemp told FOX4. "I could not, and so I said yes. I thought they both needed it, and that’s why I didn’t want to stand in the way of it.”