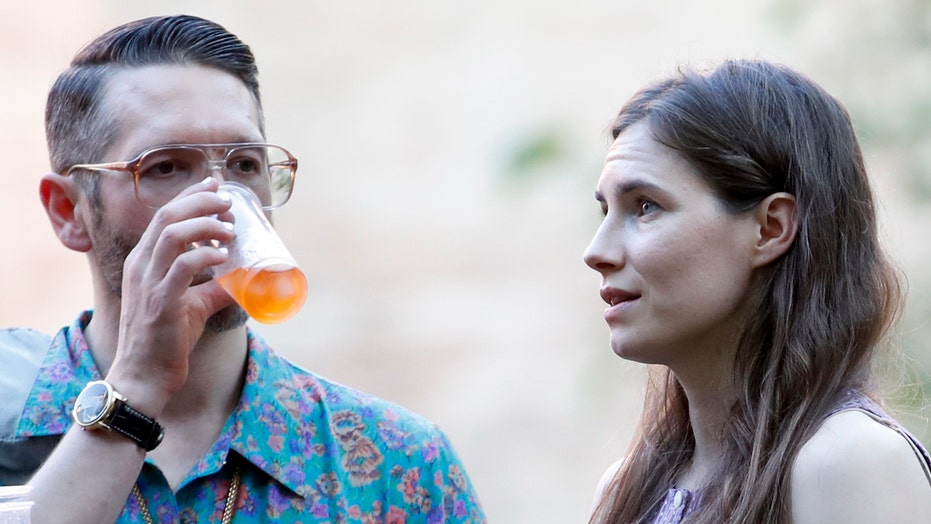 Amanda Knox is a prisoner to her wedding preparations.

Knox, who is set to marry Seattle-based writer Christopher Robinson on Feb. 29, posted an odd picture to Instagram Sunday showing just how she’s preparing for her upcoming nuptials.

“40 days left until the wedding and 267 tasks left on the wedding To Do list. I've locked myself in the craftroom and I'm wearing my old prison uniform,” the post read. “Literally the very same sweatshirt and sweatpants I lived in in Casa Circondariale Capanne, Perugia.”

Knox and her former boyfriend, Raffaele Sollecito, were convicted in 2009 of the murder and sexual assault of her former British roommate Meredith Kercher. She was acquitted in 2011 after spending four years in custody. The murder conviction was reinstated in 2014, but she was definitively acquitted by Italy’s highest court in 2015.

Knox came under fire over the summer after she made her first trip to Italy since she was first acquitted to speak on a justice panel about wrongful convictions.

She was then slammed by critics who accused her and Robinson of crowdfunding their wedding despite already having been legally married.

"I have a lot of haters in this world, but I have a lot of family friends and supporters as well. I wanted to share with them this fun, creative idea,” Knox told ABC News at the time. “I did not put it out there expecting to get a dime from anyone.”

Knox and Robbinson are set to wed on Leap Day this year in a space-themed wedding.