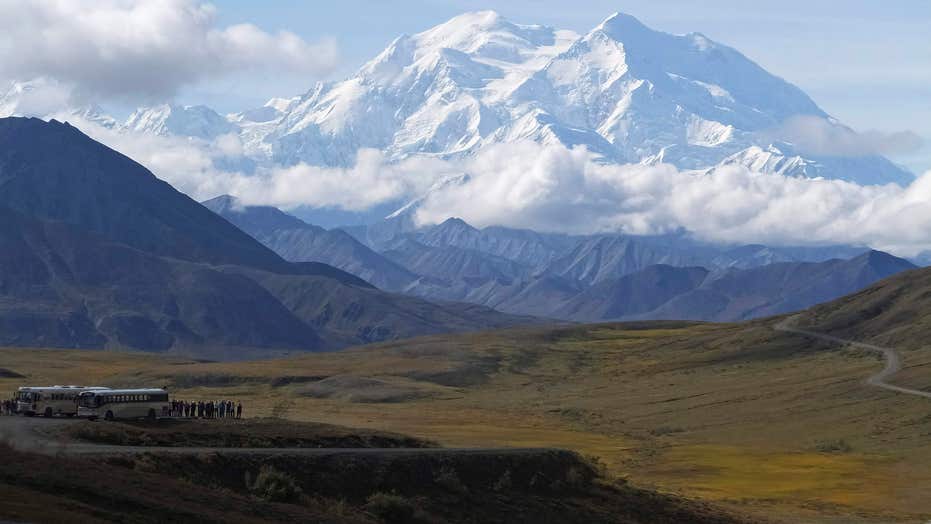 Strong winds and poor visibility left an injured snowboarder and his climbing partner stranded for several days on the highest peak in North America after a storm prevented rescue teams from reaching the pair, officials said.

A two-person climbing team was descending Windy Corner on Denali’s West Buttress route on Wednesday afternoon when one of the party members sustained “traumatic injuries” in a snowboarding accident, the Denali National Park Reserve said in a press release.

The pair was equipped with a satellite phone and was able to contact park officials immediately. However, their location and the impending weather made it difficult for rescue teams to reach them.

Officials said park rangers camped at around 11,000 feet attempted to make contact with the party Wednesday night but the high winds and low visibility forced the team to turn around. A helicopter was also able to reach the stranded individuals but winds over 30 mph prevented any rescue attempts.

A storm moved into the area Friday and lingered the following day making further rescue attempts impossible. Officials said the party reported via satellite phone that the injured person was in stable condition and that they had the supplies necessary to weather the storm.

On Saturday afternoon a nurse with the park was able to reach the group and “performed a medical assessment.” She also supplied the team with further supplies.

As weather conditions improved on Sunday, a rescue team was able to reach the climbers. The injured person was splinted and prepared for air evacuation and at around 7:00 p.m., four days after the initial accident, The pair was rescued.

They were taken to Talkeetna for further treatment. Officials told The Anchorage Daily News that the snowboarder fractured at least six of his ribs. They were also the first rescued during the 2019 climbing season.

At about 13,500 feet, Windy Corner is named for the extreme winds that characterize the feature. There is also great risk for rock fall. Officials say that only 166 climbers are currently on the mountain as the season is still in its “early stages.”