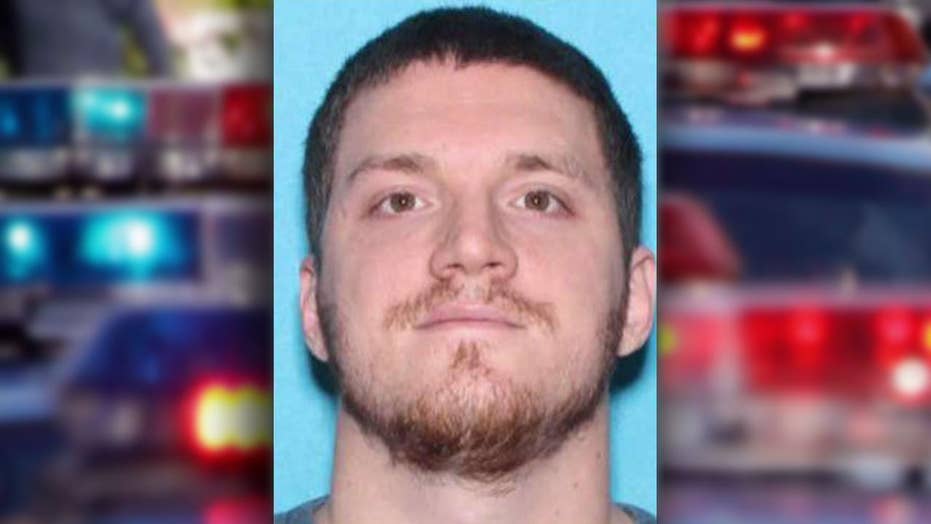 Police in Alabama have captured a gunman they say shot and killed a police officer and wounded two others in Auburn; Phil Keating has the details.

Officials say they intend to pursue the death penalty for the 29-year-old man accused of shooting and killing an Alabama police officer and wounding two others late last night.

Grady Wayne Wilkes, who was arrested earlier this morning following an intensive manhunt, is accused of murdering veteran Auburn police officer William Buechner when he allegedly opened fire on a group of officers at a trailer park.

The officers were responding to a domestic disturbance call when Wilkes – clad in camouflage body armor and a helmet – opened fire, authorities said.

Officials have not disclosed a possible motive in the incident. When police caught up to Wilkes later with the help of a tip, he reportedly did not resist arrest and is now cooperating with investigators, according to AL.com.

Police Chief Paul Register said Buechner had been with the department for 13 years. He identified the officers who were wounded as canine officer Webb Sistrunk and Evan Elliott. Sistrunk is being treated at a hospital in Columbus, Georgia, while Elliott was treated and released.

"This is probably the worst day of my time here and words cannot express the loss for this family, and our family, and this community," Register told reporters earlier Monday.

A tweet posted on one of Auburn University’s accounts had warned students to stay away from the Arrowhead Mobile Home Park, which is about five miles away from Auburn's campus.

"I heard six shots, rapid-fire like it was an automatic weapon, and then there was a brief pause, maybe a second, and then three more single shots," a resident at the park, who asked not to be identified, told the Opelika-Auburn News.

Wilkes is now charged with capital murder, three counts of attempted murder and an account of second-degree domestic abuse. He's expected to face a judge in the coming days, AL.com reported.

A woman from Coffee County, located south of Auburn, asked a judge in November for a court order protecting her from alleged abuse by Wilkes, records viewed by the Associated Press show.

Wilkes, who had an address in the Alabama city of Enterprise at the time, was accused of sexually assaulting the woman while she was incapacitated, and the woman said she feared he would harm her after learning she was pressing charges, according to a court document. She is married to another man.

The judge refused a protection order following a hearing in January, ruling the woman didn't have a "qualifying relationship" with Wilkes, whom she said she did not know before the alleged assault.

There is no record of sexual assault charges against Wilkes and records show he has no criminal record in Alabama.

Alabama Gov. Kay Ivey said she is "heartbroken" by the shooting and has called the violence tragic and useless.